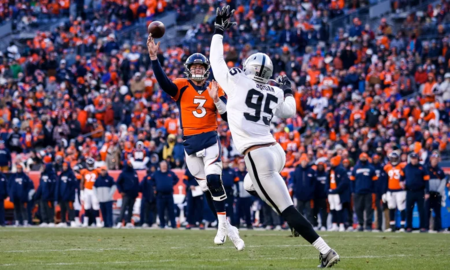 How can the New Orleans Saints get better before the 2020 season? They’ve already begun working on that by signing free agent wide receiver Emmanuel Sanders, a two-time Pro Bowler who is one of the few route-runners in the league who can match Michael Thomas step-for-step. But what about the defense?

Cameron Jordan has some ideas. When browsing a list of available defensive linemen, the All-Pro pass rusher circled one name in particular: Dion Jordan, the third overall pick in the 2013 draft out of Oregon. He has spent recent years playing for the Seattle Seahawks and formerly-Oakland Raiders, having missed a lot of time after a 2015 suspension for violating the league’s performance-enhancing substance policy.