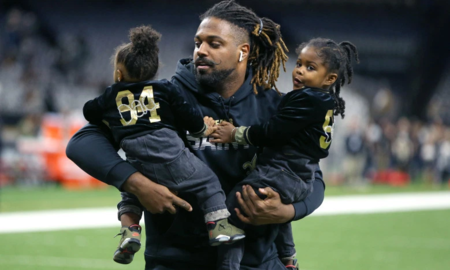 New Orleans Saints defensive end Cameron Jordan had one of the biggest games of his career on Thanksgiving against the Atlanta Falcons, and that prime-time performance earned him recognition as the NFC Defensive Player of the Week. It’s just the second time he’s won this award in his NFL career, having previously done so in Week 6 of the 2017 season (when he sacked Detroit Lions passer Matthew Stafford twice, and intercepted his own deflected pass for a touchdown).

Jordan sacked Falcons quarterback Matt Ryan four times on the night (a personal-best single-game mark) and closed out the game with his fourth sack on Atlanta’s final play, leading the Saints to a 26-18 victory and clinching New Orleans’ third consecutive NFC South title. He also logged six tackles and a pass deflection.