Online
Sticky Post
Taking the boys to Bogue Chitto for a few days
Looking for some interesting camp food ideas
Click to expand...

Oh, yeah, forgot how cold it's been for here cos that's usually never a stopper.

guidomerkinsrules said:
Taking the boys to Bogue Chitto for a few days
Looking for some interesting camp food ideas
Click to expand...

We try to avoid refridgeration as much as possible and pack as light as possible. Instead of bread, we go with tortillas. Hot dogs, PB&J, etc all work well with good tortillas that you can easily warm to that extra touch.

Lol. For breakfast, you can find these milk carton containers of hash browns that work well and keep forever. Instant grits, oatmeal will actually cook in the packet. I'll scratch together some trail mix with unsalted nuts, dried fruit and a small bag of M&Ms. Maybe I'll grab a few small bags of real bacon bits to throw in the hash brown or grits.

Veggies keep well for a few days without refridgeration, so onions, peppers, bananas, apples are favorites. Sometimes I'll pre-mix pancake batter in an old ketchup bottle or ziplock bag. Tyson also has chunks of white meat chicken in a foil pack and the international foods aisle will have something similar, but with pork in a foil packet. Both are good for a quick stir fry, tacos, burritos, etc. I'll also pack instant noodles and miso soup packets for cold weather trips. We've also done a cup of ramen mixed with veggies and a packet of the chunk chicken as a stir fry.

We stay away from the freeze dried meals because they're so salty, but the astronaut ice cream is always a fun treat for little ones. Of course, s'mores are a must. We also take a banana, split it open with a knife while still in the skin and put chocolate and/marshmallow pieces in the opening and set it in foil to place over coals until it all melts together.

guidomerkinsrules said:
that's a great idea - my 13 yr old 'might' be into it - the 7 yr old definitely not (he'd love the fire part, just not the food part - but we'll def do hotdogs open fire method
Click to expand...

hell yeah. your 7 year old sounds like my kinda person. fork all that digging and sheet, just let me cook food normally.

Offline
I looked in my mailbox everyday this week and did not see my invitation.

oh, and, i'd happily take him under my wing. every kid needs an awesome person to guide them and i am that person. i'd teach so many things you didn't know possible.

zeetes said:
oh, and, i'd happily take him under my wing. every kid needs an awesome person to guide them and i am that person. i'd teach so many things you didn't know possible.
Click to expand...

I think we need a group effort. Clearly your boys are not properly learning about anarchism. I can help in this department.

Online
Wut, you ask for opinions w/o posting a pole w/ a tacoes option as not only a pole option but also a food choice?

Zeetes can prolly teach you how to cook Jameson over a fire...
OP

tomwaits said:
I think we need a group effort. Clearly your boys are not properly learning about anarchism. I can help in this department.
Click to expand...

Online
Why waste time cooking? Make a quick trip to Costco, they have these gigantic bags of trail mix for like $10.. grab a couple of those , some beef jerky , maybe a party size bag of Doritos and a pallet of Gatorade- Done... spend less time cooking and more time exploring! 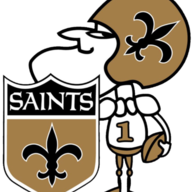 Online
Get yourself a few of these. You can make pizza, dessert, sandwiches you name it. 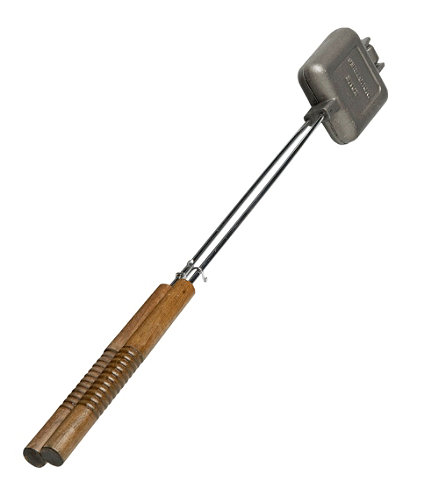 Offline
You do not need a pan for bacon, just use a hot dog roasting fork. 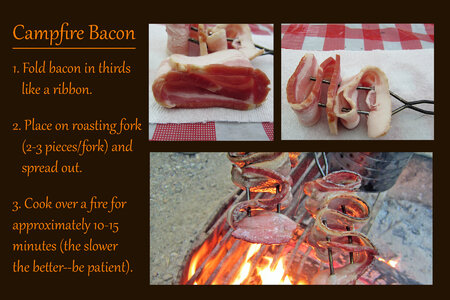 seagull said:
You do not need a pan for bacon, just use a hot dog roasting fork.

Man, I wish I would have read this yesterday - that sounds awesome

boys are in the tent, I’m outside waiting for it to get dark enough for the star explosion
Then I’ll rouse them for a gander then everyone to bed or air mattress/sleeping bag
Great first day that started with seeing my parents for the first time in a year

Online
So i go on Twitter about twice a month.. tonight was one of those times, this popped up and made me think of this thread.. forget what i said about the Costco trial mix, this stuff looks GOOD

Offline
I thought everybody these days just used Uber Eats or Waitr.
OP

Online
to sum up
food:
kabobs & pita pizza & b'fast burrito & hotdogs & corn over fire were all great
BUTAND - heading south from Bogue Chitto to NO on 25 we passed the Donut Shop of Folsom - HOLY MOLY those were good donuts
i just stopped bc i wanted some more coffee and how do you avoid a hwy side donut shop?
coffee was decent (might have been very good if a bit stronger), but the donuts are easy top 5 alltime - wow

fwiw - it looks like Bogue Chitto is adding 'permanent' tents in it's Rv area (maybe 6'x12'x8' 'canvas' army type tents - they're a sand color and probably not actual canvas, but that's the look) - probably aiming for some sweet spot between 'roughing it' camping and cabins

guidomerkinsrules said:
Taking the boys to Bogue Chitto for a few days
Looking for some interesting camp food ideas
Click to expand...

Users Who Are Viewing This Thread (Users: 2, Guests: 5)