Can Drew Brees and the Saints offense get back on track for the playoffs? (1 Viewer) 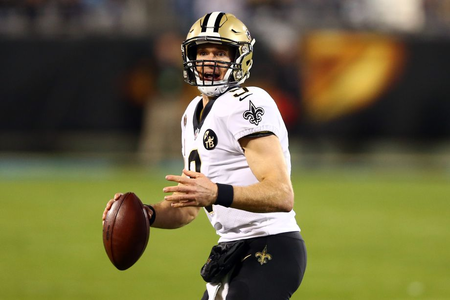 New Orleans is going to the playoffs, but will they be taking the high-scoring offense we got used to seeing earlier in the year with them?

Drew Brees was rewriting the record books, the Saints looked like the hottest team in football, and Brees was storming towards his first ever MVP award. But he and the Saints offense might’ve put that award in danger with a mediocre three game stretch.

Over the last three weeks, Brees is averaging 5.7 yards per attempt and just 177 yards per game — that’s far away from the 285 yards per game and 8.8 yards per attempt he averaged in the 11 games prior. Brees has also thrown an interception in four straight games after through one interception in the first 10 games of the season. He had a passer rating of 127.3 after Thanksgiving, which would’ve broken Aaron Rodgers’ season record of 122.5, but now it sits at 116.8. His passer rating over the last three weeks is 77.0.

The Saints are only scoring 14.3 points per game over their last three games compared to 37.2 points up to that point.

Interestingly enough, the Saints’ offensive output hasn’t really hurt them as far as playoff seeding goes. They’ve gone 2-1 through the three games that Brees and the offense have been in a slump, only losing to the Cowboys 13-10 on the road. They’re still in the driver’s seat for the No. 1 spot in the NFC. ...