Offline
A tie is too good for both of them

Two top tier defenses have a defensive barnburner. If the special teams didn't choke, that's a legendary game. That was an 80s throwback and I loved it.

Offline
I want my 4 hours back.

Offline
In an age of high scoring games week in week out it's kind of cool to see this every once in a while. Like a 1-0 baseball game. Pretty crazy that the game ended 6-6. 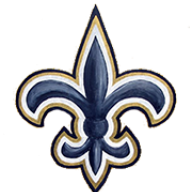 Offline
Man I wish we had one of those defenses we'd be in the SB every year.

Offline
It will be interesting how this will affect the playoff scenarios come December.

Offline
I don't know why people hate low scoring games. That was fun to watch.

Dark said:
Man I wish we had one of those defenses we'd be in the SB every year.
Click to expand...

Heck, if we had a defense half as good as one of theirs, we'd win 12 games a year every year.

HouseCall said:
Heck, if we had a defense half as good as one of theirs, we'd win 12 games a year every year.
Click to expand...

For various reasons I haven't been able to watch much football this season other than the Saints, but I watched last night.

I had forgotten what good defense looked like and just couldn't stop thinking how many wins we would have had over the last two years with a defense just passably resembling an NFL defense.

One of my greatest hopes as a Saints fan was for Drew to finish his career here. Now, it is so disheartening to see him play so valiantly but not even sniff the playoffs because of historically bad defenses. Out of respect for him, I'm starting to overcome the sacrilege of trading him to Denver or Houston before it's too late for him to take a team to another title. Not for the draft picks it would bring us, but for him and his legacy in return for all he has done for this franchise and us fans.

He'll definitely go into the Hall as a Saint, and I plan to be there when he does, but now it just feels downright selfish to want him to finish his career here.

Offline
What a rollercoaster of a defensive struggle.

I was at the game... and left exhausted.

Offline
Big props to both of those teams for grinding hard, until the final whistle blew 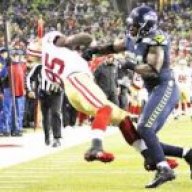 Offline
The Seahawk defense played an incredible 95 snaps. And Kelcie McCray (Kam Chancellor was inactive) played 108 total because he is also on special teams.

I think we get Kam back next week.

LiterOCola said:
I don't know why people hate low scoring games. That was fun to watch.
Click to expand...

Not when there is a penalty every other play.

dapperdan said:
Not when there is a penalty every other play.
Click to expand...

well then count ur lucky stars you didnt have to sit thru Oak/Jax.

talk about a flag fest.

Offline
If Goodell cared about "protecting the shield", he'd take away both teams' first round draft picks for setting football back even further than he ever could.
Show hidden low quality content