The Cash for Clunkers program gave car buyers rebates of up to $4,500 if they traded in less fuel-efficient vehicles for new vehicles that met certain fuel economy requirements. A total of $3 billion was allotted for those rebates.

The average rebate was $4,000. But the overwhelming majority of sales would have taken place anyway at some time in the last half of 2009, according to Edmunds.com. That means the government ended up spending about $24,000 each for those 125,000 additional vehicle sales.
"It is unfortunate that Edmunds.com has had nothing but negative things to say about a wildly successful program that sold nearly 250,000 cars in its first four days alone," said Bill Adams, spokesman for the Department of Transportation. "There can be no doubt that CARS drummed up more business for car dealers at a time when they needed help the most."
In order to determine whether these sales would have happened anyway,

Edmunds.com analysts looked at sales of luxury cars and other vehicles not included under the Clunkers program.
Using traditional relationships between sales volumes of those vehicles and the types of vehicles sold under Cash for Clunkers, Edmunds.com projected what sales would normally have been during the Cash for Clunkers period and in the weeks after.
Click to expand...

Online
There's funny math going on. None of the numbers accounts for the increase in margins that a car company gets for a customer upgrading. It only stands to reason that a customer who planned on buying a car would at least consider upgrading. And using the assumption that they are indeed correct with their #s, would the consumer who saved $4000 not consider spending it on other things?

I wasn't a big fan of this program, but thusfar it has been a success. Customers showed up in droves and spent. The only remaining question should be "If giving more purchasing power to the consumer was a major positive, then wouldn't it stand to reason that cutting taxes would be an effective tool(regardless of what class gets it)?"

Offline
You must respect my stimu-Lie ...:miss114: 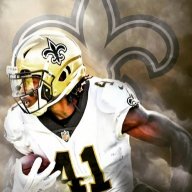 Offline
I know of 6 people that used the clunkers program to get a new car that were not previously in the market for a new car but saw the oppurtunity and took advantage of it. I am sure there are many more just like them.
Show hidden low quality content