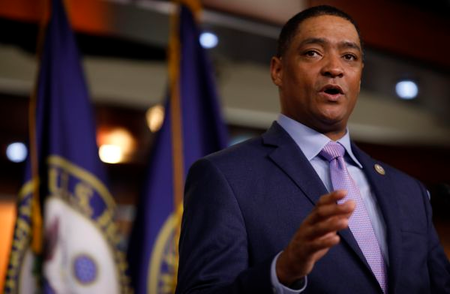 By Drew Broach, NOLA.com | The Times-Picayune

With New Orleans Saints' fans still apoplectic over the team being deprived of a Super Bowl appearance, U.S. Rep. Cedric Richmond on Wednesday (Jan. 23) raised the specter of summoning NFL Commissioner Roger Goodell to discuss the league’s lucrative antitrust exemption. The New Orleans Democrat issued his statement three days after referees in the NFC Championship Game failed to flag a Los Angeles Rams cornerback for what the player admits was pass interference on a Saints wide receiver with 1:45 left in the fourth quarter and the game tied 20-20, leading to the Rams' 26-23 overtime victory.

“What the entire nation witnessed during this past weekend’s NFC Championship Game was an upset ..., and I join Saints players, coaches and fans far and wide over this disappointment," Richmond said. “The Saints should be on their way to Atlanta to play in the Super Bowl. Instead, they are left with the memory of officials who failed to create an equal playing field and deprived them of that opportunity. Officials should not have the ability to determine the fate of a team [that] rightfully earned [its] place in NFL championship history.” ...