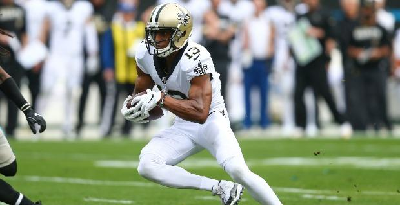 All-Pro wideout Michael Thomas reportedly will not play Monday night (again)
for the Saints vs. the Chargers.

The New Orleans Saints are 1-0 with All-Pro receiver Michael Thomas in the lineup this season and 1-2 without him – and in that one victory the Saints had to rally from down 14 points against the terrible Detroit Lions. So, yeah, Thomas is pretty important to the Saints' success. He might have been healthy enough to return from an ankle injury to play Monday vs. the visiting Los Angeles Chargers but will not be on the field because of a team disciplinary issue. New Orleans was a 7.5-point favorite on the William Hill NFL odds but that is now down to -7.

Thomas has missed the past three with that ankle problem and did practice in a limited fashion last week but was officially ruled out Sunday because, according to reports, he punched teammate Chauncy Gardner-Johnson during a practice. And it's not the first time those two have tangled. New Orleans also will be without cornerback Janoris Jenkins, although fellow corner Marshon Lattimore, an All-Pro, likely will go. He missed the Lions game and is questionable.