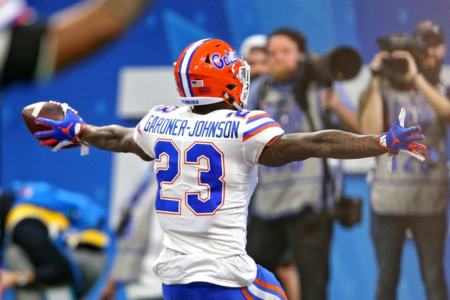 Much of the New Orleans Saints fanbase wanted the team to pursue a top safety in free agency last month, but with Vonn Bell and Marcus Williams already locked in as starters, such a pursuit never seemed likely.

Instead, the Saints wisely waited to address the position in the draft, and in Florida’s Chauncey Gardner-Johnson, they’ve found a player capable of playing either safety position and one who could help on special teams immediately, assuming Bell and Williams remain the starters.

The Saints could have made do with their group of Bell, Williams, Chris Banjo and J.T. Gray in 2019, but safety was a top need long term. Bell is going into the final year of his contract, and while he’s certainly earned a second contract, the Saints are going to have to make tough decisions about where to spend resources with so many talented young players expecting big paydays soon....