The more I look back at last season, the more I'm having a difficult time seeing a DOWN side to his play on the field:

To say that we got a STEAL seems to be a big understatement.

44slayer said:
CGJ has the ability to be to the defense what Taysom Hill is to the offense. He can play all over the field, and do it all well. His only limiting factor is Dennis Allen's imagination. He doesn't back down from any person or situation. Its been described before that Taysom is a football player, CGJ is also a football player. Sky is the limit for this kid.
Click to expand...

George Kittle does still own his soul, though. Let's be fair, the guy's an All Pro, so it's not a terrible thing.

Saint Lattimore said:
I think Vaccaro got a bit of a bad rap w/ the Saints. No, he never became the superstar we hope he would be (based on his draft status), but he was a solid SS, and has stuck in the league as a starter his whole career.

CJGJ has a ton of potential, and it definitely flashed his rookie year.
Click to expand...

KV played lights out his rookie year and made some great plays, then, it seems to me, they "coached him down" and he was never the same.

(Akin to when they forced AB to be a "pocket passer only".)

TribuneUK said:
George Kittle does still own his soul, though. Let's be fair, the guy's an All Pro, so it's not a terrible thing.
Click to expand...

George Kittle owns a lot of souls. Dude is a force of nature so I have to cut a rookie CGJ some slack. Next time they meet CGJ will be ready. He's the type of player that holds grudges and uses them for fuel.

Offline
I sure hope CGJG spent a lot of time with MWillians in the off-season on how to Properly TACKLE with At-HIT-Tude!!!

Saint Lattimore said:
CGJ fell in the draft because of issues with consistency and the “tweener” status he was labeled with prior to the draft. He is on the small side for a Safety, and he doesn’t really fit the mold of a CB. He struggled with consistency as a tackler at Florida
Click to expand...

He was a bit of a tweener, but I don’t think it was his tackling. He was rated as a top 5 S, and a likely 2nd rd pick. IIRC, the issue he had was he reportedly interviewed poorly. He touted his abilities, esp his versatility. But his self confidence may have come off as arrogance. Some teams, FOs n coaches don’t like “ strong personalities”.

Fortunately, we ain’t one of em! Coach Glenn talked about how he n CGJ got into a “face to face” at a high school all star camp years ago. Glenn took a liking to him cause of it, and the two ended up stayin in touch while Chauncey was at UF. Coach’s opinions on him prolly helped land him here!

Optimistic Ozzy said:
Only drawback is inexperience. That's all I have.
Click to expand...

It’ll take some time, and he’ll make some mistakes. Some of those may result in big plays that hurt us. That happens with those instinctive players when they’re young, but I think he has what it takes to be a Polomalu type SS near the LoS once he learns more.

Now I’m not saying he’s gonna be a HoFer leaping over the line presnap for sacks, but there’s just something different about how he’s flying to the would-be X on the field before the ball carrier/receiver even knows that he’ll be heading to the X with the ball.
Last edited: Aug 7, 2020 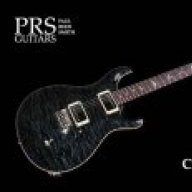 Offline
Buying his jersey soon as it's available. He's incredible.

DreadedOne said:
Help me understand, so to have "it" to be good, you are born with this "it"? What exactly is this "it"?

As far as I can see, this "it" isn't supernatural and you aren't born with some supernatural phenomenon that somehow only a handful if people have.

For those out there wanting to understand this better, pick up the book, The Power of Habit.
Click to expand...

Actually you're missing one part. Athleticism, if you don't have that, all the intelligence, memory and repetition won't matter. And you could probably add heart and speed to that list too. A combination of all those is what you call having "IT", and CJGJ has it.

Super44 said:
That is what made Sharper so phenomenal in 2009!! It is a knack, that you have. It cannot be coached. It is a natural ability of instinct.
Click to expand...

B_doggman47 said:
Actually you're missing one part. Athleticism, if you don't have that, all the intelligence, memory and repetition won't matter. And you could probably add heart and speed to that list too. A combination of all those is what you call having "IT", and CJGJ has it.
Click to expand...

Athleticism is based on flexibility and muscle, the more muscle and explosive exercises you do, the more athletic you are. Many guys in NFL are average athletes, however, like Zach Thomas, they are technicians of the game...this is were repetition beats athleticism.

Heart, what is that? Passion for something, the burning desire to work your tail off at something, or "Heart" is achieve through...guess what, repetition.

Start doing something you don't like and after long periods of doing it over and over again the brain programs it into subconscience memory and you begin getting good at it, and you begin to like it; as they say, stop thinking and let you instincts guide you, or getting in the zone.

That's where you are no longer solving problems consciously, it's like driving home and not thinking about it.

Speed, also a factor of muscle mass and repetition.

Elite athleticism isn't necessary for making it to the NFL.

I'd argue being an elite technician is.

Oh and tell Larry Bird that...that guy had zero athleticism...but he sure could sink a basketball.

I'd argue being an elite technician is.
.
Click to expand...

I would say that is highly dependent on the position. And being an elite technician will still only get you in if you have a pretty good bit of athleticism to go with.

saint_drago said:
To me "it" is synonymous with instincts or nose for the ball. I haven't read anyone say it's something mystical yet. No one has suggested dark magic or witch craft. All I know is that some players have great instincts for the game of football. For whatever reason.
Click to expand...

See my other posts, "IT", instincts, heart, passion, getting in the zone, it's nothing special, everyone can have it, whether you decide to have It, is up to YOU.

Whether you think you can or not, either way you're right.
Show hidden low quality content