With Marv Levy out running the football operations in Buffalo, the Bills are said to be interested in New Orleans Saints vice president of player personnel Rick Mueller if they don't stay in-house.

If that is true, it would be a good move.

Mueller has been with the Saints for eight seasons and has had a big hand in getting them to the playoffs with two different coaching staffs. He has made some really impressive draft picks, such as taking guard Jahri Evans, arguably one of the best in the league, in the fourth round last season and receiver Marques Colston in the seventh round of the same draft.

Mueller worked with Bills coach Dick Jauron in Jacksonville, so they would work well together. Jauron is going to have more say in personnel matters, which would make it a wise move to hire someone he can work well with on decisions.

In 13 seasons in the league, Mueller has been with six playoff teams. His real strength is identifying talent.

The Bills would be wise to look strongly as his credentials if they do go outside the organization.

Offline
I can't tell from that article, but would that be considered a promotion? 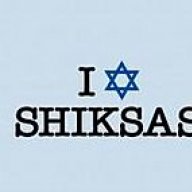 Offline
It appears he'd be their GM.

Offline
Where was he for last years draft?
Show hidden low quality content