Chicago out in first round of Olympic voting (1 Viewer)

Down to Rio and Madrid

usually when big dog pols go somewhere to lobby for something they are usually sure of the answer first. Kinda like how when Clinton went to North Korea to lobby for those journalists to be released...I'm pretty sure he already knew the answer before going over there.

this is pretty embarrassing for the Obama crew 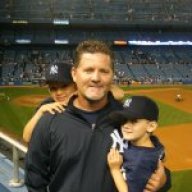 Offline
But wait, Obama, Michelle and Oprah flew in to Copenhagen to seal the deal... how can this be? Is the honeymoon over? :urinal:

Offline
*** is with Americans rooting against America getting the Olympics?

I swear to God. You are the same breed of people who didn't want to rebuild New Orleans.

Offline
Alright, there will be a little tiny bit of cynicism in this post.

The one consolation here is that Obama's slumlord buddies who stood to make a quick buck from Olympic land grabbing will now have to swallow it and maybe actually spend their own money to gentrify an American city. But let's not hold our breath.

Offline
We already discussed that Brazilian President Luiz Inacio Lula de Silva went to Copenhagen to lobby on behalf of his country.

"I would like to do everything I can as prime minister as Tokyo strives to win the right to host a Tokyo Olympics," Hatoyama told reporters.

The Japanese PM's signal of intent came hours before the White House announced U.S. President Barack Obama would also fly in to support his hometown Chicago for the Oct. 2 vote.

Both Chicago and Tokyo and were eliminated today.

Offline
I can't really say i'm surprised. Though i think the President has more important things to do when lobby for the Olympics himself, it would be nothing but partisan to say Chicago not getting the Olympics is a good thing even though i personally thing the Olymipics are completely overrated and so is its economic impact.

We've heard from some time now that Europe has been (for lack of a better term) "resentfull" of America taking too much of a lead in world affairs, it may be possible this is just a small example of Denmark saying they can make their own decisions and don't cow tail to the United States wishes. Or not, there really isn't any way to tell.

Perhaps now the president can put more focus on fair trade issues that being manufacturing jobs back to the United States.

He said: "In 2016, I'll be wrapping up my second term as president, so I can't think of a better way than to be marching into Washington Park alongside Mayor Daley, alongside Rahm Emanuel, alongside Dick Durbin, alongside Valerie Jarrett as President of the United States, and announcing to the world, 'Let the games begin!'"
Click to expand...

Counting your eggs before they hatch.
Last edited: Oct 2, 2009

Offline
YAAAAAAAAY! America loses out on international prominence and a chance to showcase ourselves to the world and produce lots of jobs and makes lots of money, but its AWESOME BECAUSE I GET TO BASH OBAMA! WHOOOOOO!!!! DOWN WITH OBAMA! DOWN WITH THE US EVER GETTING TO DO ANYTHING COOL! YEAH!

daybreaker said:
YAAAAAAAAY! America loses out on international prominence and a chance to showcase ourselves to the world and produce lots of jobs and makes lots of money, but its AWESOME BECAUSE I GET TO BASH OBAMA! WHOOOOOO!!!! DOWN WITH OBAMA! DOWN WITH THE US EVER GETTING TO DO ANYTHING COOL! YEAH!

(Cue the "But you guys something something when W was president blah blah blah" replies)
Click to expand...


Yeah, I think I agree with you on the whole. Not that America doesn't have international prominence already, but the rest of it rigs true. This would have been good for the street vendors, restauranteurs, hotels, cab drivers, etc of Chicago.

So while I think Obama was hoping to land the Olympics so that some of his Chicago buddies could score sweet land deals, the overall effect would have been good for Chicagoans.

Offline
do you think that Chicago was eliminated because of voters wanting to make a statement against 'big bad America'?? I'm not being sarcastic, and i honestly don't know the answer-- just wondering.

Offline
I was rooting for Chicago as was most of the local press and am sorry that they didn't get it.


I must admit though I look forward to this "circus" to be over with. The last 24 hours has been a nightmare for everyone who either live or work in the center of Copenhagen. Because the commuter trains runs next to the highway to the airport they stopped or had limited service on the trains from the time Obama arrived to he left again, leaving a lot of people stranded when they were trying to either get to work or leave work in the afternoon.

Offline
What difference does it really make with December 21, 2012 just barely 3 years away.