Offline
Supposedly happened at air base in Iraq.

ISIS suspected of mustard attack against US, Iraqi troops - CNNPolitics.com

No US troops were hurt or have displayed symptoms of exposure to mustard agent.

One official said the agent had "low purity" and was "poorly weaponized." A second official called it "ineffective."

A US defense official said troops had gone out to look at the ordnance after it landed. Based on seeing what they thought was a suspect substance, two field tests were conducted.

The first test was positive and the second was negative, the official said. The substance is now being sent to a lab for further examination.
Click to expand...

We'll return a volley of Ketchup.

Luckily they just made some home made version of it, so it's not very strong.

Offline
Obama should give them a stiff warning. That should prevent further incidents. 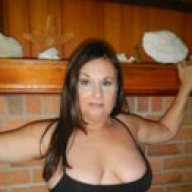 Offline
JV team at it again. Need to snuff out these terrorist asap.

MGC said:
JV team at it again. Need to snuff out these terrorist asap.
Click to expand...

Build a taller wall around military bases there and make ISIS pay for it.

Offline
It's all Fleener's fault.

Twyst said:
Build a taller wall around military bases there and make ISIS pay for it.
Click to expand...

We need to get tough. Very tough. That's what I'm hearing people are saying.

jsberry said:
Obama should give them a stiff warning. That should prevent further incidents.
Click to expand...

Or draw another line in the sand that worked so well in Syria.

LOONEY said:
Or draw another line in the sand that worked so well in Syria.
Click to expand...

Or we can just be like the rooskies and blow up UN aid convoys...

jsberry said:
Obama should give them a stiff warning. That should prevent further incidents.
Click to expand...

Yeah, that ***** Obama. A real man would do something more aggressive against ISIS, like bombing or drone strikes.

Offline
This isnt the first time. While in Iraq in 2004 we had a mortar that tested positive for mustard. Problem is, that they only know where the shells are that have traces of the agent in them. But, even they cant find actual chemical weapons or WMD's in Iraq.