paper cat: Whoa, finally got through.

paper cat: In the flesh. I sure enjoyed talking to you at the Bacchus parade.

paper cat: Sure. Remember when your float turned onto Canal street. I was the guy with the LSU baseball cap on about seven rows back by the third light on the street car tracks. You tried to throw mw some long beads.

Miles: (rolling his eyes) Oh right, sure thing, I remember you. Did you catch the beads?

paper cat: Nah, the throw was way short. Not saying you throw like a girl Coach, but Flynn reached me just fine.

Miles: So how did you like our recruiting class?

paper cat: To tell the truth I am a bit worried. I dont see how we will stay on the field with Alabama next year.

Miles: And why is that?

paper cat: They had the number one class with each of their recruits averaging 3.72 stars. Our class averaged only 3.58 stars.

paper cat: Come on Coach, do the math. The Alabama kids are .14 better than yours. You dont really expect a 3.58 offensive tackle to block a 3.72 defensive end, do you?

Miles: Oh my god. You are serious, arent you?

paper cat: As a heart attack. Rivals has this down to a science. How can you expect to make up .14 across the board?

Miles: I guess I'll just have to coach 'em up fourteen hundreth of a point.

paper cat: Hmmm, might work. What about Julio Jones? How do you cover a five star receiver.

Miles: Okay, this is a ridiculous conversation, but I'll play along. I'll put my five star corner, Patrick Johnson, on him. If Johnson cant play I'll put my four star corner, Brandon Taylor on him, and double him up with Brandon's four star brother, Curtis Taylor. Do the math.

Miles: He's a good receiver but we liked some others better. And what possibilities are those?

Miles: Putting aside the fact that you cant have more than five wide outs in a game at the same time, how does that confuse the defense?

paper cat: Now say both corners get confused and cover the same Byrd and both safeties cover the same Tolliver. Still with me? We got two receivers running free.

Miles: Uhhh, paper cat, I think they might just say I got number 80 and you got 85 to cover the Tollivers.

paper cat: Then have the Tollivers switch jerseys between plays. Who is gonna know?

Miles: Okay, that might be the stupidest thing I have ever heard.

Miles: Well no, probably not stupider than Lou Holtz.

Miles: I dont know. Maybe because our staff had Bryant rated higher?

paper cat: Seriously Coach, are you telling me you rely more on your scouts and staff than some sportswriters with Rivals who have never coached a down of football in their lives?

Miles: Yes. I should also think the fact our staff won a national championship might allow some of our fans to give us the benefit of a doubt that we might be just a little bit better at evaluating talent.

paper cat: Benefit of a doubt from recruiting board geeks? Now who is talking stupid?

paper cat: So you liked riding in the parade?

Miles: Unbelievable. You hear about Mardi Gras, but you just cant describe it and do it justice.

paper cat: True dat Coach. Win the national championship again and you'll be the king of bacchus next year.

Miles: Wow. Thats a real incentive to coach my kids up a star or two.

paper cat: Ever think about making Curtis, Jhyryn and Brandon Taylor receivers? They all player receiver in high school. Just think about the possiblities. Or how about Phelon Jones, Chad Jones, Curtis Taylor and Brandon Taylor all playing in the defensive backfield. It would be Taylor, Taylor, Jones and Jones. Sounds more like a lawfirm than a backfield, huh? (dial tone heard) Coach, coach, you still there? Hello?
Last edited: Feb 9, 2008 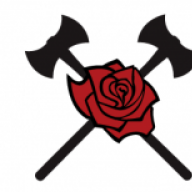 Offline
Aw crap. I laughed so hard I started coughing like crazy again.

Offline
How can we have any faith in our program when our head coach values the opinion of football coaches over the opinion of keyboard jockeys?!?!?!? :dunno:
This is convincing evidence that LSU is going down the gutter. The LesFireMiles.com people now have all the ammunition they ever needed...

Thanks, oh dotless one! Great stuff!