Less than a week till the start.

LSU- The Tigers start against Maryland at home and actually go on the road somewhere (to Lafayette) before 20 games have passed to start the season. Their non coference schedule is once again pretty soft but that is the norm. Plus LSU plays in the SEC so they get plenty benefit of the doubt playing at Arkansas, at A&M, at MSU with home series against USC, Ole Miss and UK.
LSU will win 40 games and host a regional. I pick them second place in the west behind Arkansas but watch out for MSU they could be third if MSU takes the series against them.

Tulane- Tulane starts with a tourney against Sam Houston, Missouri State and Texas state. All quality opponents and I think 2 of the 3 were regional teams last year. They also have a tough road going to Rice, USM, Alabama and UCF. This team is senior heavy though and could make a regional for the first time in 4 years. This team really needs to win its home series and STAY HEALTHY. Homer pick is 39 wins, 2nd place in CUSA and a regional bid.

ULL-They play their first 13 games at home including one against the Tigers before they go to USM for an away series. They also travel to FIU, MTSU and WKU for series. Tulane also comes to play there for the first time in a looong time. Tulane should really schedule them more often as should LSU.
ULL won't go to a regional this year but I will be cheering for them every weekedn except against Tulane or LSU.

SELA- They play at Ole Miss, at Bama, at LSU and at Tulane three times plus a 3 game set at ORU which is usually a good baseball school. I think this is the year Jay Artigues squad breaks through and gets in a regional. Unfortunately i think they will play up the road in Tiger Stadium.
OP

Expect Turchin Stadium to be crawling with scouts this weekend, and not just because Notre Dame is in town with its pair of potential top-two-rounds picks, Eric Jagielo and Dan Slania. Scouts were lukewarm on Tulane's talent heading into the season, but their eyes were opened last weekend in San Marcos, Texas, where the Green Wave's pitching sparkled in a tournament against Texas State, Missouri State and Sam Houston State.

"Tulane has some arms and velocity this year—they are the talk of the scouting world in Louisiana and Texas right now," a National League area scout said. 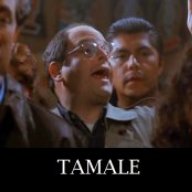 Offline
Pretty solid start to this season for many of the state teams. Certainly, Tulane will bounce back after a tough early schedule. Cajuns vs Tigers this Tuesday at the Tigue. Game sold out pretty quickly. It'll be on ESPN3 outside the Lafayette area or KLAF if you are in the area.

Cajuns are surprising to a lot of people. We turned over the roster adding 17 newcomers (basically half the roster) because a shakeup was needed after a poor last season. This team just has a swagger and attitude to them so far and its refreshing. Hitting is ahead of the pitching surprisingly, but the arms will catch up.

BBSaint said:
Pretty solid start to this season for many of the state teams. Certainly, Tulane will bounce back after a tough early schedule. Cajuns vs Tigers this Tuesday at the Tigue. Game sold out pretty quickly. It'll be on ESPN3 outside the Lafayette area or KLAF if you are in the area.

Cajuns are surprising to a lot of people. We turned over the roster adding 17 newcomers (basically half the roster) because a shakeup was needed after a poor last season. This team just has a swagger and attitude to them so far and its refreshing. Hitting is ahead of the pitching surprisingly, but the arms will catch up.

Not looking good for Tulane but the other state schools I like have started off pretty well.

LSU going to ULL tomorrow. I will be watching. Thanks for the ESPN3 note.

Tulane needs to win both mid week games against Nicholls and UNO and show up against Bama this week. The lasts eries against ND was a serious let down. Tulane hitting has been horrendous.

Offline
Sorry varanook, they werent able to work out ESPN3. There were some issues that made it to where they couldnt stream the feed. Hardware issues. Its either local tv, radio or on RaginCajuns.com there's a video stream but I believe its paid.

Offline
Time sure flies. One of the little boys I coached in soccer and youth baseball pitched against lsu tonite. I saw him pitch last year against lsu at Alex box and he shut them down. Not so tonite, my little friend got roughed up a bit. And he is not little anymore. I sure am proud of him. I wish lsu had offered him.

Offline
I'll definitely give it to LSU. They showed up big time, especially Cody Glenn. He was fantastic. Cajuns gave up far too many free bases and when that happened the Tiger bats were there to send them home. Bad game from our perspective in all phases, but we'll just have to bounce back tonight. Very good game from the Tigers.
OP

Offline
Tulane in a serious slump. Lost their 4th straight to Nicholl's this evening. Errors, poor hitting and general lack of toughness killing this team.
There a couple injuries but those 2 players cant be that impactful. This is a senior team playing terribly.
Glad LSU, SELA and ULL playing well though. 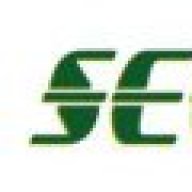 Offline
SELA gets a no-no

SELA LHP Jordan Hymel gets the school's first no-hitter since 1979! Lions take the sweep over TX Southern today in Hammond 9-0. Lions will face Ole Miss this week in a mid-week 2 game series in Oxford. Lions are now 8-2 overall.

Offline
Tulane with a very nice bounceback this weekend taking the first two at Bama this weekend before dropping Sunday.

Cajuns sweep a perennial tourney team in Sacred Heart (nevermind that they were playing their first baseball this year and play in a weak conference.) And actually, LSU now faces them midweek.

Speaking of the Tigers, they finish another flawless week winning their 3 this weekend as expected. Nicholls gave them a game, like they did to the Cajuns midweek, but Tiger pitching (see Cody Glenn) was stifling.

As mentioned, nice no-no for SELA. I dont care who its against, its still an accomplishment.

Offline
SELA currently at No. 4 RPI

It's very early but Southeastern is currently at #4 in Boyd's World weekly RPI: