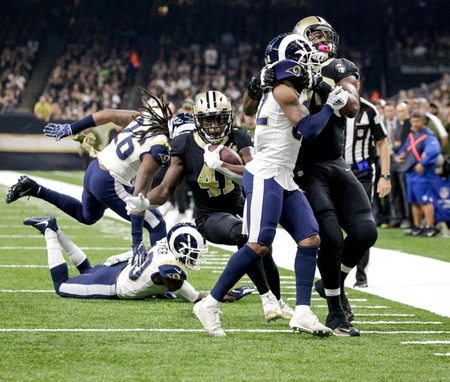 The Saints converted $4 million of Terron Armstead’s base salary to a signing bonus earlier this month to create some cap space, according to a source.

The change elevates his cap number for 2019 to $16 million. It was previously set to be $15 million. Armstead currently has $6.92 of his base salary for next season guaranteed for injury. It becomes fully guaranteed on the third day of the league year, at which time he will also be paid a $500,000 roster bonus.

The left tackle agreed to convert $5 million of his 2017 base salary to a signing bonus last year. He is under contract through 2021. ...