Offline
I'm trying to put some of these together for the positions the Saints are week at. Help is welcome.

Due to the terrible injury to Mike McKenzie before the season’s end, and the utterly horrible play of Jason ‘Deep Roast’ David, the Saints essentially, although it all depends on Mike’s rehab, need to come out of this offseason with at least 2 corners.<o></o>
First a look at the free agents available. Unfortunately for us, this year is not that deep in terms of quality at the position. Out of 16 potential UFAs, only 7 ended the season as starters. Marcus Trufant has made it clear he wants to resign, and <st1:city><st1>Seattle</st1></st1:city> would be mad not to keep him. <st1:city><st1>Oakland</st1></st1:city> will franchise tag Nmandi Asamogha if he doesn’t resign. With so much more needs on the defensive side that a splurge on Asante Samuel would be a bad move. Players I would realistically put on the Saints radar are Detroit starter Travis Fisher; San Diego’s Drayton Florence, a player who has been in the shadow of Antonio Cromartie all year, but is starting caliber; the Jet’s seventh year vet Hank Poteat, who has playoff experience and a ring from his tenure with the Pats, and would start in favor of David and Dallas’ Jacques Reeves. Reeves has started 13 games this year, and the Cowboys are said to be high on him. He is unrestricted and would be a nice pickup.<o></o>
<o></o>
2 corners who are not free agents but may be available are <st1:city><st1>Atlanta</st1></st1:city>’s DeAngelo Hall and <st1:state><st1>Tennessee</st1></st1:state>’s Pacman Jones. Obviously, Jones is a big no no due to his character issues. Hall is a 24 year old, pro bowl player who has been in the league 3 years. He is also a great kick returner who was rumored to have told our coach he would play under him for the minimum. Although he is a dirty bird, if Hall is there and wants to come here, we would be stupid not to offer up at least a 3<sup>rd</sup> for him.<o></o>
In the draft, the corner position is deep, but there are little to no quality players there warranting the Saint’s top ten selection now that Malcolm Jenkins has chosen to return to school. Mike Jenkins (USF) and Aquib Talib (<st1:state><st1>Kansas</st1></st1:state>) are pretty much guaranteed first rounders. Provided his stock continues to rise as it has done, Leodis McKelvin (<st1:city><st1>Troy</st1></st1:city>) should make it there too. Antoine Cason (<st1:state><st1>Arizona</st1></st1:state>) could go in the late first as well. I would prefer we leave the selection of a CB to the 2<sup>nd</sup> or 3<sup>rd</sup>. The likes of Brandon Flowers (Virginia Tech), Chevis Jackson (LSU), Tracy Porter (Indiana), Justin King (Auburn), or my preference, Dominique Rodgers-Cromartie (Tennessee State), would all be around when we pick in rounds 2 and 3 and would all be great value and immediate starters.

Ideally we: Sign Marcus Trufant in FA and get Leodis McKelvin in the 2nd
Realistically we: Sign Drayton Florence and Jacques Reeves in FA and take DRC in the 3rd, with KR Brian Stillman in the 7th.<o></o>

Offline
Say No to REEVES, he isnt even in the top 20 of free agent corners

Offline
I would have to agree with your assesment. It seems to me though, as much as we try, we will not wind up with any bonafide starter at CB throug free agency. The names that will not be franchised or break the bank (Samuels) all have their issues. Florence played bad this year, and Cromartie replaced him. Due to injury, he is playing now int the playoffs. The problem with a lot of these second tier guys is they play okay in their defense. In our defense, they will probably be horrible. Realistically, no corner worth his salt is going to be available in free agency, unless we want to spend 80 million or make a trade for mr. selfish and immature Hall, which I am in favor of. I would rather take a chance on someone like Hall than any other name available, draft included. Sure, he hates being on a loser team and can have a bad attitude, but that didn't deter New England from picking up Randy Moss-- and look how that worked out. The fact is we desperately need a corneback, and we have for the past 10 years or so. Trading for Hall is well worth the risk, even if he has a bad attitude, becuase at least he can PLAY.

Offline
I should also make this point concerning Hall. We started 0-4 and there was no finger pointing becuase the guys we have have such high character. I am all for players with high character, and the turn around we made to get back to 4-4. My point is that sometimes you have to go against your politics to succeed. Ideally, we would have a team with high character and TALENT on BOTH sides of the ball. The way free agency is set up, and considering the position of CB, you are better of drafting one and going through the 2-3 years of a learning curve. But we need 2 bonafide corners yesterday, and with a Deangelo Hall, we don't start 0-4. With 2 solid corners, we go from overacheivers to year in year out contenders and can shift our focus to getting an athletic LB corp and upgrading at DT and S. I know we want high character guys, but get Hall for our sake and grab a high character CB in the draft to learn and take over when it is time to move on from Hall.

Offline
Where does this "thug" label come from for Hall? I don't pay too much attention to NFL players off field issues and I couldn't care less as long as his issues are miniscual.

Slim K said:
Where does this "thug" label come from for Hall? I don't pay too much attention to NFL players off field issues and I couldn't care less as long as his issues are miniscual.
Click to expand...

Because of how he acts on the field. It has nothing to do with off the field stuff. If you don't know what I'm talking about you must not of been paying attention.

BoNcHiE said:
Because of how he acts on the field. It has nothing to do with off the field stuff. If you don't know what I'm talking about you must not of been paying attention.
Click to expand...

I never knew he had been fined $100,000 until I just searched it. Shows how much I care for the Falcons.

Offline
all people have problems away from their jobs. i say take a chance on hall.
isn't jamaal brown in trouble

Offline
Jacques Reeves is HORRIBLE. Almost as bad as david.

Offline
I would love to see Dangelo Hall in Black and Gold.

shaqtaw said:
all people have problems away from their jobs. i say take a chance on hall.
isn't jamaal brown in trouble
Click to expand...

None of Halls problems that people talk about happen away from his job. He has a laundry list of on the field and lockroom problems. 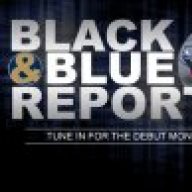 Offline
I dont think it should any question. if we could add a pro bowl corner we should. especially when you look at our corners.

saints7 said:
I dont think it should any question. if we could add a pro bowl corner we should. especially when you look at our corners.
Click to expand...

He hasn't been a probowl caliber CB since his rookie year. I suggest you watch a few Falcons games over the past 2 years and then say you still want him.

Offline
If Assante will come here and he is as good as people are saying he is with the Patriots then we should spend the money to bring him in. That is what we saved the money for in the first place. You pay the bucks for Samuel, you then pay for another cheaper corner, you then pay for a real deal safety to take over for ( all I see is the back of your jersey 29), and then you draft the best linebacker. When you pick the linebacker he has to start and make a big impact in his rookie year. They cannot mess this pick up. If they do and we pick a lb who does not get it as a rookie we will be in serious trouble again. Somebody is going to have to earn there money on talent evaluation this year or get fired.

Offline
To many on this forum believe everything they hear; You'll need to get the facts about a player before passing judgement.
Show hidden low quality content