Could Saints receiver Tre’Quan Smith have another big game vs. Eagles? (1 Viewer) 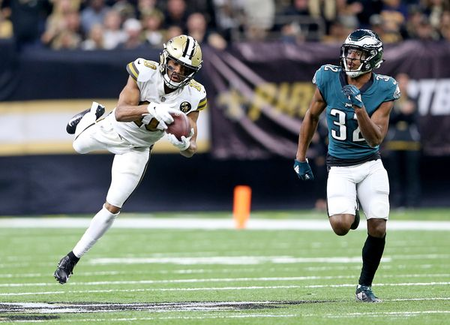 Tre’Quan Smith has been confident in his skills since joining the New Orleans Saints, but he thinks his performance against the Philadelphia Eagles in Week 11 might have helped his teammates, and specifically quarterback Drew Brees, trust him a bit more.

In the 48-7 blowout nearly two months ago, Smith had the most productive game of his rookie season with 10 catches for 157 yards and one touchdown. With the Eagles focusing on limiting Michael Thomas, Smith had more opportunities and took advantage.

“They came with a game plan to double Mike, so somebody else had to step up,” Smith said this week.

Thomas still produced in the game with four catches for 92 yards and one touchdown, but all of the Saints receivers made plays in the game. Keith Kirkwood, in just the second game of his career, had three catches for 33 yards, and Austin Carr caught his first career touchdown. ...