Could someone please explain to me the difference between Acadian and Creole cooking? (1 Viewer)

Offline
Thanks in advance

Cajun is the cuisine of French Acadians who were forced out of Nova Scotia in the mid 1700s and eventually settled in Louisiana. The word "Acadian" was transmuted into "Cajun" (say them both out loud and you'll hear).

The cuisine is a fusion of French and Southern cooking. The recipes use simple, local ingredients, and are considered somewhat "rustic." The base for many of the soups and stews is a dark roux made from flour and pork fat. There is a popular misconception that Cajun food is ragin' spicy, but though Cajun cooks use a heavy hand with spices such as cayenne and black peppers, the food is meant to have a balanced, not overpowering, heat. Another misconception is that Cajun cuisine includes "blackened" fish and chicken, but most foods prepared in traditional Cajun home and restaurants don't do this.

Cajun cuisine encompasses dirty rice, skillet cornbread, crawfish and other crustaceans boiled with cayenne and salt, a lot of catfish, use of pork in the form of andouille, boudin and chaurice (similar to chorizo) sausages, Tasso ham, gumbo, jambalaya, and etouffe.


The word "Creole" is derived from the Spanish word "Criollo," a term used in the 1700s by the Spanish governing the New Orleans. Criollos were people of European descent living in the area. "Creole" came to imply refinement and elegance.

While Cajun cooking is a fusion of primarily rustic, provincial French and American Southern cooking, Creole cuisine additionally draws influences from the Caribbean, Africa, and Spain, using more classical European methods and techniques with locally available ingredients. Like the original implication of the word, Creole is a slightly more sophisticated style of food than Cajun.

Like Cajun cooking, Creole chefs use filé powder as well as the "Holy trinity" of bell peppers, celery, and onions. Creole recipes also use butter, cream and tomatoes. Famous Creole recipes that are shared with Cajun cooking are jambalaya and gumbo. However, unique to Creoles are oysters Rockefeller, bananas Foster, shrimp rémoulade, and bread pudding.
http://www.slashfood.com/2006/02/24/cajun-vs-creole-pt-2-king-creole/
<!-- google_ad_section_end -->

Offline
There you have it... Now we need a wikipedia explanation to the difference between Jazz and Zydeco.

Offline
Not to mention a discussion of the difference between Richard Simmons and Ellen Degeneres.

Offline
I am hungry now. I think I might reheat my left over crawfish pasta that I had at outback steakhouse tonight.

Offline
As a general rule if it has tomatoes it's Creole. That's why lots of purists believe tomatoes in their Gumbo isn't authentic. I never ate Gumbo with tomatoes until I had Gumbo in <st1:city><st1>Miami</st1></st1:city> in 1990. Nowadays more recipes than not list tomatoes as an ingredient. btw....I'm not saying Gumbo with tomatoes isn't tasty--it's like Mardis Gras in July.
Last edited: Nov 22, 2006
OP

Offline
So other than say a few dishes or spices they dont have in common
they are both very similar French influenced southern cooking
styles which differ primarily in preparation?

If I make a jambalaya in the kitchen its Creole
and if I make it in the backyard its Acadian
unless it has tomatos in it?

Offline
Hey Acadian refers to Novia Scotia, to refer to local area where I am at is Acadiana, and the people Cajun's. The description of cooking is about right.

I make a jamabayla with tomatoes which is considered cajun. two different types brown and red. the only difference is the addition of tomatoes.

DadsDream said:
Not to mention a discussion of the difference between Richard Simmons and Ellen Degeneres.
Click to expand...

Offline
I always thought a lot of it had to do with cream and butter. Anything you but a bunch of cream or butter into would be considered Creole.

The Cajuns of old had butter only in short supply and considered it too precious to be wasted, especially in a roux, which is why in Cajun cooking you never see a white roux with butter.

You also never see a lot of the more well-known creme based sauces that are prevalent in New Orleans, that's all Creole...

So while I think tomatoes are also a signifier of Creole cooking, to me its the butter and creme that gives it away most of the time.

Offline
Louisiana Creole cuisine is a style of cooking originating in Louisiana (centered on the Greater New Orleans area) that blends French, Spanish, French Caribbean, African, and American influences. It also bears hallmarks of Italian cuisine. It is vaguely similar to Cajun cuisine in ingredients (such as the holy trinity), but the important distinction is that Cajun cuisine arose from the more rustic, provincial French cooking adapted by the Acadians to Louisiana ingredients, whereas the cooking of the Louisiana Creoles tended more toward classical European styles adapted to local foodstuffs.

Starting in the 1980s, Cajun influence became important, spurred by the popular restaurant of Chef Paul Prudhomme. A national interest in Cajun cooking developed, and many tourists went to New Orleans expecting to find Cajun food there (being unaware that the city was culturally and geographically separate from Acadiana), so entrepreneurs opened or rebranded restaurants to meet this demand.

With the rise of Modern American Cooking in the 1980s, a New Creole (or Nouvelle Creole) strain began to emerge. This movement is characterized in part by a renewed emphasis on fresh ingredients and lighter preparations, and in part by an outreach to other culinary traditions, including Cajun, Southern, Southwestern, and to a lesser degree Southeast Asian. While the Cajun food craze eventually passed, Modern Creole has remained as a predominant force in most major New Orleans restaurants.
http://en.wikipedia.org/wiki/Louisiana_Creole_cuisine

Cajun cuisine originates from the French-speaking Acadian or "Cajun" immigrants in the Acadiana region of Louisiana, USA. It is what could be called a rustic cuisine &#8212; locally available ingredients predominate, and preparation is simple. An authentic Cajun meal is usually a three-pot affair, with one pot dedicated to the main dish, one dedicated to steamed rice, skillet cornbread, or some other grain dish, and the third containing whatever vegetable is plentiful or available.

The aromatic vegetables bell pepper, onion, and celery, called by some chefs the holy trinity of Cajun cuisine. Finely diced and combined in cooking, the method is similar to the use of the mire poix in traditional French cuisine &#8212; which blends finely diced onion, celery, and carrot. Characteristic seasonings include parsley, bay leaf, "onion tops" or scallions, and dried cayenne pepper. The overall feel of the cuisine is more Mediterranean than North American.

Cajun cuisine developed out of necessity. The Acadian refugees, farmers rendered destitute by the British expulsion, had to learn to live off the land and adapted their French rustic cuisine to local ingredients such as rice, crawfish, and sugar cane. Many households were large, consisting of eight to twelve people; thus, regardless what other vocations may have been followed by the head of household, most families also farmed. Feeding a large family, all of whose members did hard physical work every day, required a lot of food. Cajun cuisine grew out of supplementing rice with what meat, game or other proteins were available.
http://en.wikipedia.org/wiki/Cajun_cuisine 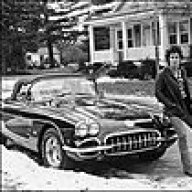 Offline
Either ingesting Acadian or Cajun cooking will result in the consumers inability to stop being a jerk by repeatedly entering and exiting the SR Chat Room during game days...
OP