Could the Saints find Alvin Kamara's replacement early in the NFL Draft? (1 Viewer) 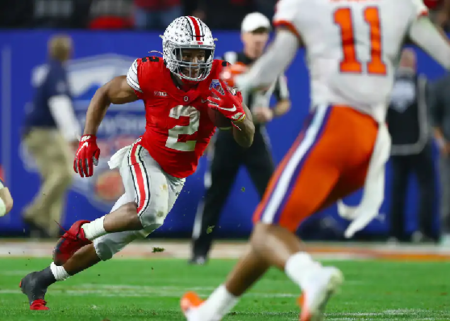 New Orleans Saints star running back Alvin Kamara will be a free agent at the end of the 2020 NFL season. Kamara has made no secret that he wants a new contract now though and expects to be paid among the league’s top running backs. He has even hinted at holding out if he does not get a new deal by the scheduled start of training camp.

There’s no question about Kamara’s talent or value to the Saints offense. He has caught 81 passes in all three of his NFL seasons, finishing second on the team each year, for an average of almost 700 receiving yards per season and 10 touchdowns. He has led the Saints in rushing yards over the past two seasons, totaling 2,408 yards on the ground and 27 rushing scores.

The Carolina Panthers re-signed their own dynamic back Christian McCaffrey to a contract extension that makes him the league’s highest-paid running back at an average of $16 million per season. Spotrac.com estimates that Kamara’s next contract will pay him an average of at least $14.9 million/year. With the recent big contracts given to Cam Jordan, Terron Armstead, and Michael Thomas, along with the upcoming contracts of Marshon Lattimore, Ryan Ramczyk, and Demario Davis besides Kamara, there is some question whether the Saints will be able to afford the talented running back.