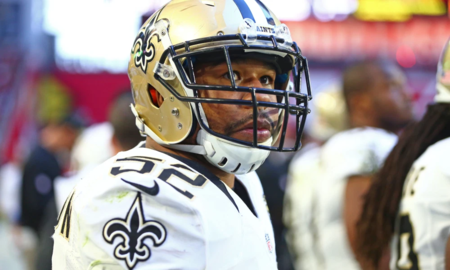 There aren’t many players on the New Orleans Saints roster who have seen more in the NFL than Craig Robertson. He’s entering his ninth season, having spent the last four years with the Saints after a four-year stint with the Cleveland Browns to start his career; that experience spans 125 games, including the playoffs. Elected special teams captain in 2019, he’s proven to be a big voice in the locker room and on the field.

So his words carry some weight. Robertson talked up third-round draft pick Zack Baun in a recent media conference call, describing the rookie out of Wisconsin as “a real knowledgeable kid.”

The Saints are rolling with a first-year position coach at linebacker, having promoted longtime assistant Michael Hodges after Mike Nolan was hired away by the Dallas Cowboys earlier this summer. While their interactions have mostly been limited to virtual classroom discussions, Robertson has liked what he’s seen — and heard — out of Baun, noting that, so far, the rookie seems receptive to coaching. ...