Craig Robertson, the Saints' one-man hype machine, finds energy in his love of the game (1 Viewer) 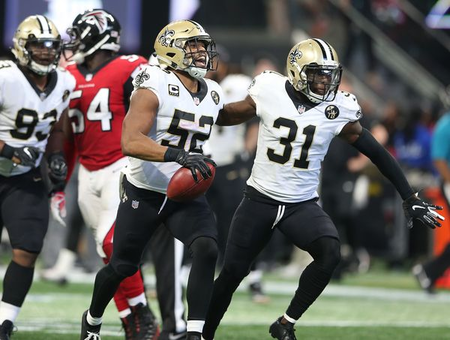 The stakes are high in the NFL. Players and coaches are paid significant sums to put in long hours of physically and mentally taxing preparation for three hours of violent confrontation on Sundays. But New Orleans Saints linebacker Craig Robertson makes sure he never loses sight of one truth: He is employed to play a kid’s game.

That is why Robertson was laughing, yelling, dancing and bouncing around during what was supposed to be a rest week as the Saints prepared to line up for the 21st time this season, counting the preseason.

“Bruh, look, it could be 100 games, it don’t matter,” Robertson said. “This game is a game that we’re all blessed to play. As long as I’m blessed to play it, even when I’m done playing it, I’m going to have a blast being around it.”

Thursday’s (Jan. 3) practice marked 162 days since the New Orleans Saints reported for training camp. Twenty-four weeks of grinding away on the practice fields, in meeting rooms and on jets flying cross-country has taken its toll on players bodies and minds. ...