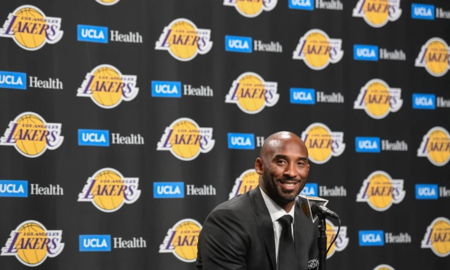 The sports world was shaken by the sudden passing of Los Angeles Lakers legend Kobe Bryant, who was among five people killed in a helicopter crash in Southern California. It immediately took attention away from the 2020 Pro Bowl, with some players getting the news in the minutes between warmups and the all-star game’s kickoff.

Drew Brees reacted to the news during an appearance on the sidelines with ESPN’s Lisa Salters, saying, “You know, I had a chance to meet him one time. He was a guy who I always hoped I’d have a chance to be around more. I had so much respect for him as a competitor. I know he inspired so many people in so many different ways. I mean, one of the great competitors of any generation, not just with sports but with the way he approached a lot of things and now what he was doing after basketball. So, I pray for him. I pray for his family. I know we don’t know all the details yet, but it’s a tragic loss.”