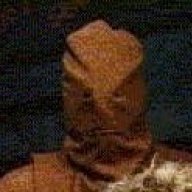 Offline
This is a thread designated for Saints fans in the DFW area who meet at Buffalo Wild Wings in Bedford. The entire main bar area is reserved for Saints fans only. Crowds exceeding 350 with many showing up hours before game time! Daily drink specials, our own DJ, and a halftime raffle giving away hundreds of dollars of Saints merchandise every week. Main bar area is non-smoking but the upstairs balcony that overlooks the main bar area is for those who smoke. All TVs and sound are on the Saints game. Show up early to gaurantee a seat!!

Chopzley said:
I drove by Gators in Euless earlier to try and catch the Hornets game. The place was boarded up, and a sign on the front said "Thanks for 12 years of great times...we'll be back soon bigger and better than ever"

I remember someone telling me last season that the city was trying to get them outta there because of the derelict motel connected out back....are they really gonna reopen? Or more importantly, in time for the 08 football season? If they do, I hope they give the Saints a better section.
Andy, Blooz, any word on this?
Click to expand...

I read that a couple of weeks back, Chopzley. I'm looking into it and will post something if I get any info. 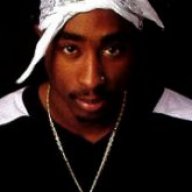 Keep Ya Head Up

Offline
Yep this ain't good . I don't think they will be reopened by next season so we may have to find somewhere else . I think Pappa G's rite up the road is going to have the Ticket this year plus they have HOT waitresses there !

nolaboytroy2 said:
Yep this ain't good . I don't think they will be reopened by next season so we may have to find somewhere else . I think Pappa G's rite up the road is going to have the Ticket this year plus they have HOT waitresses there !
Click to expand...

There are definitely some fine women at pappa g's.
OP

Offline
saint31 what the hell you been up to....still enjoying that fine dallas nightlife?

Offline
Take it to PM's.

Offline
They still have the lights on at night. I think they had been operating on a month to month lease since the hotel closed down several years ago. I liked Gators but dreaded going because you wore the smoke stench the rest of the day.

Pappa G's? The one on 121 was a DUMP when I was there last year for a college game. Small crowded area, 27" TV's, an old rear projection was their bigscreen and it was in an area everyone stood in front of it.

Now I hear the Pappa G's on Ruffe Snow in Keller is a top notch sports bar with Hi defs all over the place. Its not an easy place to get to however.

peytonknows said:
Take it to PM's.


Yo PK. We are about community here too. Ease up!

Andrus said:
Yo PK. We are about community here too. Ease up!


Thank You King Andrus. Believe it or not PK, this actually affects more who dats than you may realize. Carry on smartly.

FWTex, theres a sports bar on Rufe Snow in Keller? Thats actually closer to me than Gators. What made Gators so great was the vast amount of Saints fans from different walks of life. Getting there at 11 to get a seat, and seeing Blooz with bloodshot eyes from the night before. Or talking with Andy for an hour after the game (god forbid we lost). All in all just great ambience and decent priced food and drinks for us stuck in this wasteland known as ........... DALLAS/////////FORT WORTH
OP

Chopzley said:
saint31 what the hell you been up to....still enjoying that fine dallas nightlife?
Click to expand...

Yeah bro! I know I sort of disappeared. I left my job in Ft. Worth and am working in Addison now. Where are you planning on watching the games now that Gator's is down for a while?

saint31 said:
Yeah bro! I know I sort of disappeared. I left my job in Ft. Worth and am working in Addison now. Where are you planning on watching the games now that Gator's is down for a while?
Click to expand...

I'd suggest Ben's Halfyard as its closer to Addison, but I vaguely remember hearing that shutdown too.

Expatriate said:
I'd suggest Ben's Halfyard as its closer to Addison, but I vaguely remember hearing that shutdown too.
Click to expand...

I liked watching games at Bennigan's Sport in Addison last year. They have good game day specials and lots of HD TVs.

Offline
What's up DFW Saints fans. I was at Gator's for their final night and talked to the management for a while about their situation. The original owner built Gator's into what it is today when it started in the mid 90's. It was part of the hotel behind it and expanded several times do to volumes. The hotel closed down about 8 years ago and needs several million dollars to renevate to put back in service. The new owners that bought the place 3 years ago had plans to redo the entire hotel and bar but have put those plans on hold due to "financing." The city is not fond of the bar and wanted them to clean up its image by rebuilding the hotel. The owner balked at their threats and claimed to sell enough food to call the place a restaraunt-bar (no chance in hell). The bar generates 300-400k of tax revenue dollars annually for the city so the owner figured that the city was playing a chess game with him. The told him that when the football season was over, they were going to shut off the water and power to the building and they did.

The manager told me that they might try to rezone the property so they can open it up as a bar alone, which would allow them to operate without renevating the hotel. Not sure if this is true, but this is what I have been told. I called the GM just a while ago and left a message for him to call me back. Once I speak with him, I'll post here what he thinks will happen over the next couple of months. I have been watching the games there for over 10 years now so would hate to relocate, but will if it ceases to reopen. We can post here to try and agree upon a place during that time.

nolaboytroy2 said:
Yep this ain't good . I don't think they will be reopened by next season so we may have to find somewhere else . I think Pappa G's rite up the road is going to have the Ticket this year plus they have HOT waitresses there !
Click to expand...

I doubt that Papa G's would be a good location for us becuase they are so small. When times are good, our fan base at Gators could almost fill up that entire bar.

Offline
Just talked to the GM who said that if they owner doesn't sell by the end of April, then they meet with the city the first week of May and will work on demolishing the hotel, and rebuilding a brand new sports bar. This would be great for us since it badly needed a makeover. If someone does buy the bar (unlikely) then we will have to look for somewhere else to watch the games. If they rebuild, he expects the bar to be ready before football season. I'll keep the board posted when I hear anything new.
Show hidden low quality content