Listing all of the 2021 NFL free agents and free agent contracts of the . Sort free agents by team or position
overthecap.com

Would he be a compliment to M Williams or a replacement?

Is he a scheme fit? My friends in Cleveland say he didn't fit their scheme.

Would his signing affect Robinson, Bell, or PJ Williams, outside of cap space? 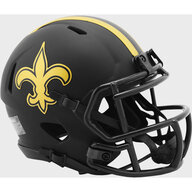 Offline
He was originally drafted by the Packers to play Cornerback, he didn't really have the hip fluidity to match receivers stride for stride down the field. Cleveland moved him to Safety after they traded Jabrill Peppers as part of the OBJ trade. Randall played much better at Safety able to keep things in front of him and play downhill.

It seems he's best suited for Middle of field closed schemes, Cover-1, Cover-3. (Allen plays a lot of Cover-1 man free with one single safety) I think he can be an affordable fill in if Vonn Bell leaves in Free agency, however I don't think the coaches are looking to replace Marcus Williams just yet, he's on the last year of his rookie contract and they will probably just let him play if out and hope he develops more. Bringing in competition would be great.
Show hidden low quality content