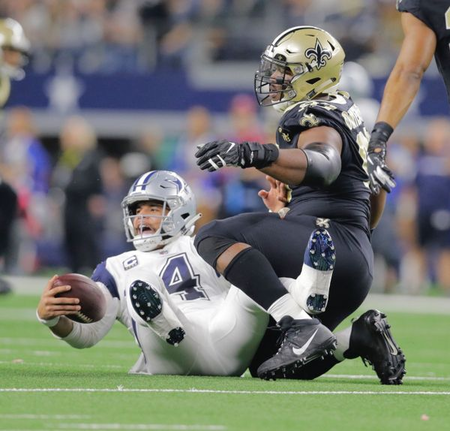 To say David Onyemata turned in a career day against the Dallas Cowboys would be to make a massive understatement.

It was Onyemata’s 44th game as a member of the New Orleans Saints. In the previous 43 combined, he totaled two sacks. Thursday (November 29) against the Cowboys, Onyemata more than doubled his previous career total.

Admin
Owner & Webmaster - SaintsReport.com
I didn't see anything worth him being fired from his job. She was the aggressor.
Show hidden low quality content