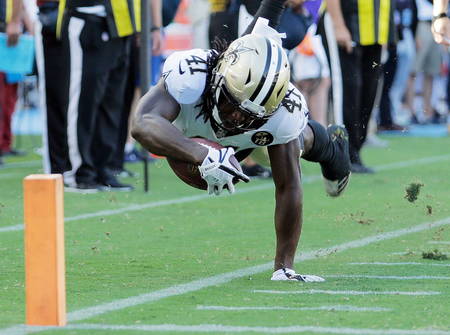 The Saints second- and third-team defense dominated counterparts once the starters exited the game. Neither of the Chargers’ backup quarterbacks, Geno Smith nor Cardale Jones, was able to muster much offense against the aggressive Saints defense. The Chargers first-team offense gained 101 yards and seven first downs in their only two series of work. Meanwhile, the Chargers backups managed to gain just 71 yards on their ensuing six offensive possessions. The Saints limited the Chargers to one first down and 8 yards of total offense in seven plays during Jones’ two first-half series. Cornerback Marcus Williams provided the highlight of the night with a 58-yard interception return for a touchdown in the fourth quarter.

Reserve quarterback Taysom Hill made plays in just about every way. He scored the Saints’ second touchdown on an 11-yard run and added the two-point conversion on a read-option run. Earlier, he helped jump-start the first-team offense by gaining 5 yards on a fake punt to pick up the Saints' first first down. ...