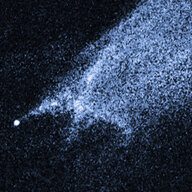 Offline
Despite the glimmers of hope I saw in the early parts of the preseason games this defense is just as bad as the last couple of years. I came to that conclusion after last game when they couldn't get a gaming winning stop, gave them a pass on week one but now I see that was just false hope on my part.

Now the special teams look like the Keystone Cops at times, giving up a long return and the muffed punt is now part of NFL bloopers.

Really not much to see this season - offense will be top five, defense will be bottom three, no playoffs and drafting between 10 and 15.

The excitement will be in the role of spoiler later in the season, maybe knock the BUCS and Falcons out of the playoffs in the last two games then go into the off season with high hopes.
Show hidden low quality content

The best result I've seen from a Dennis Allen defense
2