Offline
Looks like sp is about to flip his lid

Offline
Here we go, let all over react for the fourth preseason game. Geez. 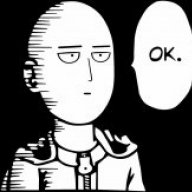 Offline
And a lot of them wont be on the roster next week. what's your point?
OP

Offline
Not over reacting just an observation

WinAnother said:
Here we go, let all over react for the fourth preseason game. Geez.
Click to expand...

It's the totality of the work in 4 games and what preceded it last year.

It's all so listless, inconsistent. Looks bad.

Offline
Looks like someone doesn't know how to use the game day thread.

WinAnother said:
Here we go, let all over react for the fourth preseason game. Geez.
Click to expand...

Let's hope it's just that but it's hard not to react negatively to anything we've seen thus far.

blackadder said:
It's the totality of the work in 4 games and what preceded it last year.

It's all so listless, inconsistent. Looks bad. 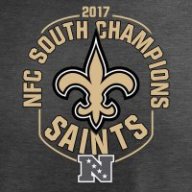 Offline
This team looks terrible. You can only hope the preseason argument is valid.
OP

- starting Offensive line looked good but they played against backups. I was hoping they'd look good tonight if for no other reason than gaining some confidence

- Entire backup Oline is bad. The backup center was bad. They said Jack Allen hasn't been playing well, but man the guy that played with the 2s almost got McCown and the RBs killed. Tony Hills got whipped. Hoping our starting Oline can stay healthy because the cupboard is bare behind them.

- While our starting defense did play... Allen called a very vanilla game. Hardly any blitzes and no mixing of coverages. Its preseason game 4. Don't want to put anything on film for our opponents to see. However that doesn't excuse the crappy tackling. We missed a ton of tackles.

- Gonna be tough choosing a kicker.

- The running back cuts are gonna be tough.

- Preseason is over its time to look forward to oakland a week from Sunday.

Offline
... could likely save this season if they are consistent.

Offline
You guys do understand the difference between starters and backups, right?

The starters have looked ok this preseason.

Offline
Well on the bad side of ok them