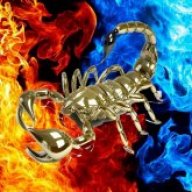 Offline
I've done a fair amount of thinking on this subject. When Elam tied Dempsey for the field goal record, it seemed likeDempsey becam an after thought. In the Guiness Book aftr it showed Elam's picture and Mentions Dempsey in the little paragraph they had written. Like the record now was Elam's. Hell on Madden I think 99 was the first one out after Elam tied the mark, it showed Elam as the record holder. I bet if Brees throws for 50tds and ties Brady. Brady wll still be shown as having the record as he did it first.

Offline
Dempsey over Elam for the record. Elam was kicking a mile above sea-level where the air is thinner and there is less gravity.

Offline
Elam's kick had to have been helped by the thin air in Denver. I do recall, though, that the kick cleared the crossbar with plenty to spare. Dempsey's kick barely cleared the crossbar, but the air is a lot heavier (more humid) in New Orleans than Denver.

With all the emphasis on place kicking in the high schools and colleges, even the 63-yard mark in the NFL is likely to be broken at some point.

The 1998 Broncos went to the Super Bowl, so that didn't hurt Elam's publicity. The 1970 Saints went 2-11-1. How bad were the 1970 Saints? I remember them very well. They managed to beat the Giants 14-10 at Tulane Stadium, but I can tell you if they would have had challenges in those days, the Saints would have lost the game. During the final seconds, Tarkenton led the Giants on a long drive toward the winning touchdown. His pass to the WR (Aaron Thomas, I think) was ruled out of the end zone, but when the play was shown again on game film and the NFL Films highlights show, he was clearly in bounds. On the next play, after what should have been the winning touchdown, Tarkenton was intercepted by Jackie Burkett. So the 2 Saints wins in 1970 consisted of a miracle kick and a disputed call in the end zone. They managed to rally and tie the 49'ers, 20-20 at Kezar Stadium. All of this is trivia, but had either of those wins not happened, Jim Plunkett, and not Archie Manning, would have been a Saint.

Plunkett would have been a Saint and Archie a Patriot. Both teams would still have stunk, and both QBs would have still had their butts kicked every Sunday ... but it's always interesting to play "what if."

Online
Elams kick was at the end of a half, correct?
Dempsey's was a game winner.

HouseCall said:
Elams kick was at the end of a half, correct?
Dempsey's was a game winner.
Click to expand...

You're right, that's the most important point. There was really no pressure on Elam, while Dempsey's kick would have either won or lost the game.

Of course, J.D. Roberts looked like a genuis ... for 1 week. Then everybody found out in a hurry that his 1-7 record with the Richmond Roadrunners was appropriate for the kind of coach we were getting. You think the Raiders are terrible now. We had an astronaut as our general manager (Dick Gordon) and J.D. Roberts as head coach. Is that dysfunctional or what? Our head coach was more concerned with getting rid of long hair and sideburns and and our general manager apparently had something other than H2O mixed with his Tang.
OP

Offline
Of course Dempsey, I was just saying I hated how all of sudden Elam had the record for the longest field goal. Check this out too. I had a friend when I worked at Wal-Mart, big Broncos Fan. Well anyway we were talking about this exact subject. He was saying the reason for all of the hype and why Elam's name was more prominent on games and in the books is because Dempsey's kick was actually 62 and 3/4 yards and Elam's was a full 63. He was saying back then they rounded up. I couldn't believe it.