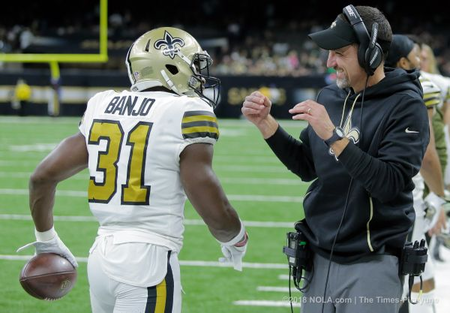 In Week 1, the New Orleans Saints allowed 48 points in a stunning home loss to the Tampa Bay Buccaneers.

After an offseason full of optimism about the Saints defense taking another incremental step forward following improvement in 2017, the group came out flat to begin the year.

Since then, though, defensive coordinator Dennis Allen has made adjustments — both week to week and within each game — to help avoid the terrible performance that beset the Saints in the opening game.

Thanks to Allen’s aggressiveness as a play caller and his willingness to listen to the desires of his players, the Saints defense has found its footing, particularly in the last two games, the 51-14 win over the Bengals and the 48-7 win over the Eagles.

Through eight games this year, the Saints had just eight takeaways. They had five in the past two weeks. ...