Depth of the problem: 5 Saints players who could get cut and contribute on another team (1 Viewer) 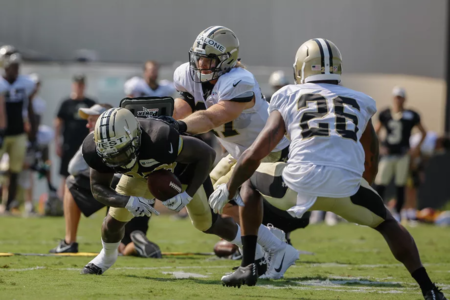 With so much talent on the roster, the Saints face a dilemma when it comes to picking the top 53 players.

Heading into training camp many analysts have the Saints’ roster ranked as one of, if not the best in the league.

While this is nothing to complain about, some tough decisions loom for Sean Payton and company with players who are on the bubble, that are arguably good enough to start, or at a minimum find roles on different teams.

Here are five possible players who could be cut and become contributors for another team:
P.J. Williams

An unrestricted free agent this past offseason, the team resigned Williams to a one-year contract after his rookie deal expired. Starting at nickel cornerback for most of the past two seasons, Williams now faces the most competition he has since he was drafted. ...