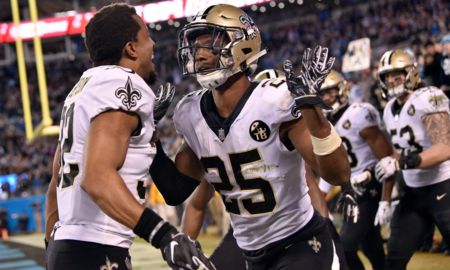 It took a while, but former New Orleans Saints cornerback Eli Apple cashed in on a one-year contract worth $3 million, as first reported by NFL Network’s Ian Rapoport. Rapoport adds that this agreement includes a $750,000 signing bonus. Remember, the NFL’s cutoff date for 2021 compensatory pick qualifiers has passed, so the Saints will not recoup assets now that Apple has joined another team.

Apple initially agreed to terms on a $6 million deal with the Las Vegas Raiders early in free agency, but those contract talks fell apart before pens could be put to paper.

Acquired by the Saints in a 2018 trade with the New York Giants, Apple experienced an up-and-down 27 games with the Saints, including the postseason. He intercepted just two passes in black and gold while logging more than 1,500 defensive snaps, drawing 21 penalties (five of them offsetting or declined) along the way. ...