Online
Deuce is the new "color" guy opposite Jim Henderson since Hokie Gajan's passing. Deuce is doing an outstanding job so far this season. His brain works quickly, by that I mean he still sees things at game time speed. He is so quick with the post-play analysis. Deuce sees all 22 on the field and gives great feedback.

Raycom's coverage of the Saints in pre-season has been pathetic. Jon Stinchcomb should have been given more air time. He is good when they let him talk. The other two talking heads were pathetic.

I turned off Raycom's audio coverage because it was so pitiful and put on WWL. Even though WWL was about 6 seconds ahead of the TV feed, I felt like I was getting a better analysis.

Online
Joel Meyers is a much better basketball play by play guy.

Online
I had to run an errand in the third quarter, so I picked up the game on the radio and I was thinking the same thing. He is extremely astute and honest. 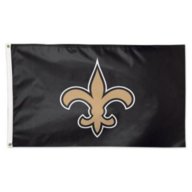 Offline
I'm not a personal fan of Deuce but I have to agree with you on his color call of the game. He's surprisingly good.

Offline
Deuce really has been a find for WWL. He seems very natural and provides great technical insight to each and every play. Love his style.

Raycom on the other hand is downright embarrassing, both video and audio wise. And love Joel Meyers, but football just doesn't work for him IMO. You can definitely tell that the booth consists of two basketball guys and a football guy; the basketball guys make a lot of glaring errors when discussing technical aspects of the game.
Show hidden low quality content

CGJ (or Ceedy Deuce) if you prefer
2