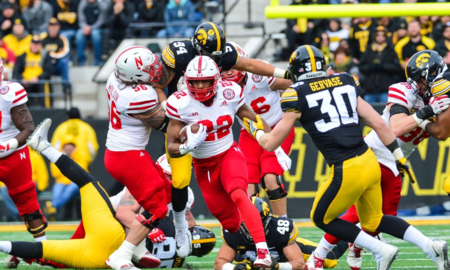 The New Orleans Saints made some waves in recruiting undrafted free agents, bringing in some solid rookie prospects to supplement a small crop of draft picks. One of those players added after the 2019 NFL Draft could not only make the squad, but carve out a role for himself: former Nebraska Cornhuskers running back Devine Ozigbo.

Ozigbo’s college career was quiet until head coach Scott Frost returned to his alma mater, installing his zone-blocking scheme and making Ozigbo the engine driving his offense. Ozigbo’s yards gained per carry jumped from a pedestrian 4.2 (from 2015 to 2017) into a head-turning 7.0 with Frost calling the shots. He ran into the endzone a dozen times after recording nine rushing touchdowns in the previous three years. The 6-foot-0, 233-pounder also logged 23 receptions after catching just 26 passes in his first three years. ...