Play 1
Opening possession of the game. 3rd down and 4 from the eagles 35 yard line. The Saints come out in a shotgun with three receivers, shockey as a TE and Reggie in the backfield. The Eagles have 7 men in the box showing blitz. Brees changes the protection at the line and motions Moore to the middle of the field where he lines up behind devery as the ball is snapped. The eagles rush 6 men and Reggie stays in as a blocker. Pressure comes right up the middle and Brees calmly slides to his right and shoots over a rusher to hit Shockey on a simple 5 yard out pattern against man coverage. First down Saints. Great recognition by Drew.

Play 2
Same drive. 1st and 10 now just inside the red zone. The Saints line up with an empty backfield with two TEs and 3 WRs. Brees motions Bush from his WR position into the backfield and he snaps the ball and fakes a pitch to Bush. Eagles drop all four of their DBs deep in coverage and they only rush 4. All 3 Eagles linebackers and Eagles star rusher Trent Cole completely sell out on the fake. By the time Cole realizes Reggie doesn’t have the ball, Brees is pumping to TE Thomas who is running up the seem. This freezes the safety allowing Colston to get open in the endzone for an easy pitch and catch. Touchdown Saints. Payton is a mastermind when it comes to neutralizing the pass rush rush.

Play 3
Eagles opening drive. 1st and 10 from their own 29 yard line. They come out in a singleback set with twin TEs on the left side of the formation. On the right side they have Desean Jackson in the slot and Kevin Curtis flanking him. The Saints bring 5 including Fujita on the blitz and they drop everyone else into zone. The blitz is picked up pretty easily by the eagles and Desean Jackson runs right by Harper who is overly concerned about a TE, totally abandoning his deep responsibility. Kolb puts it on the money and the Eagles come right back with a TD. Don’t know what Harper is thinking on this one. He is playing way too shallow and he doesn’t even see Jackson running right into his area. Harper will be tested week in and week out by opposing offenses. He has to do a better job in coverage.

Play 4
After the Saints go three and out, the Eagles have possession and now face a 3rd and 11 from their own 24. They come out in a shotgun bunch formation with 2 WR and 2 TE on each side. Westbrook is lined up in the backfield with Kolb. The Saints are showing blitz but they only bring 4 when the ball is snapped. Kolb clearly was expecting a blitz and he stares down who he thought was a hot receiver now covered in the flat. Meanwhile, Will Smith comes inside on a stunt and pressures Kolb into an off balance throw which sails out of bounds. 4th down. Good coverage and good job by Smith to put some pressure on Kolb.

Play 5
Saints have the ball now around midfield. 2nd and 10 to go. Saints are in the I formation with Bell in the backfield. The Eagles have 8 men in the box as the ball is snapped. Shockey runs into the flat and this makes the blitzing LB for the eagles think it’s a pass. He goes after drew and Shockey draws the SS into the flat which leaves a gaping hole for Bell to explode through for about a 20 yard gain. Props to Stinchcomb on this play too. He moved his man out of the way and then got to the second level to pick up a LB. Another Beautiful play design by Sean Payton.

Play 6
Same drive. 3rd and goal now from about the 8 yard line. The Saints are in a shotgun 4 receiver set with trips to the left. Bush is in the backfield. The eagles rush 7 leaving only 4 guys to cover our 4 receivers. No one picks up Shockey initially and he is wide open in the middle of the field. Brees outthinks himself here and elects to throw the out route to Colston which is covered up nicely by the corner who makes the stop and forces the Saints to kick a field goal. A rare missed opportunity by Brees. Shockey had an easy 6 IMO. Seconds after the play, the camera shows Brees on the sidelines looking at the pictures. I bet he was kicking himself.

Play 7
Saints have the ball back after forcing a three and out by the Eagles. It’s 3rd and 12 from our own 46 yard line. Saints are in a shotgun formation with 3 wide receivers. Bush is the running back on Drew’s right and Shockey is lined up as an H back. The eagles rush 4 and play zone. Reggie runs into the flat pulling the safety down which leaves Henderson matched up one on one with a corner. Brees has a nice pocket and hits a wide open Henderson on the sideline for the first down. Teams are choosing to single up Henderson and he has been making them pay. Nice conversion there on third and long. Really nice protection by Shockey on the play.

Play 8
After two running plays, it’s 3rd and 2 just inside the eagles 30. The Saints are in an offset I with Reggie in the backfield. Drew fakes to Reggie and rolls towards the right where colston is running a deep pattern and david Thomas is running across the formation underneath. Reggie is running into the flat. Brees tries to fit one in to Thomas but the ball is batted up into the air and intercepted by the linebacker who was sitting in coverage. I think the Saints were expecting Blitz here but didn’t get it. Good play by the eagles.

Play 9
After an Eagles field goal, and 2 three and outs. The Saints are on the move before the end of the half. After a 30 yard catch and run by Bush it’s 1st and 10 from the eagles 25 yard line. Saints are in another shotgun 4 receiver formation with trips to the left. Bush is in the backfield. Brees recognizes that the eagles are blitzing and changes his protection. Bush stays in to block and takes out his man giving Brees room to set his feet and hit Colston who makes a beautiful grab up the seem over a defender for his second TD of the game. Great recognition at the line, great block by Bush, great pass, great catch. Beautiful execution all around.

Play 10
After Jenkins forces a turnover on special teams to open the half, the saints have the ball inside the red zone. After a nice run by Mike Bell its first and ten from the 11 yard line. The saints come out in a single back 3 WR formation with Bush in the backfield and Evans as an H back. Brees fakes to Reggie which freezes the LB just enough to get Evans open in the flat. Brees hits him in stride. Evans bounces off of a tackler and somehow gets the ball into the endzone for the score. Great run after the catch by Evans. Poor tackling by the eagles. 24-13 Saints

Play 11
On the ensuing possession, the Eagles line up in a single back formation with three wide recievers. The Saints bring Harper on a blitz forcing Kolb to make a quick decision. He tries to hit his receiver Desean Jackson in the flat, but Shanle reads it beautifully and shows some impressive athleticism to cut it off and make the interception. That’s number two for scott on the year. Nice play.

Play 12
Saints are inside the redzone once again facing a 3rd and 4. They come out in a singleback 3 WR formation. Drew motions Bush out of the backfield to flank Colston on the left. The Eagles blitz a cornerback and Brees sees it instantly and hits Meachem who beats man coverage to the corner. First down. Brees has been almost perfect on third downs so far this year.

Play 13
The very next play it is 1st and goal inside the 10 yard line. The saints line up in an I-formation with Bell as the running back behind Evans the FB. As the ball is snapped Shockey runs into the flat again bringing a LB with him. This opens it up for Bell to run behind Evans and leap into the endzone for another score. Payton is dialing up all the right things in the redzone.

Play 14
Just want to throw some love out to Jenkins. The Eagles cut the lead down to 14, and the Saints are punting to the dangerous Desean Jackson. Jenkins splits two men and meets Jackson just as the ball arrives. That’s a really nice play for the rookie. Way to stand out.

Play 15
Saints have entered the red zone once again, and they’re facing a 3rd and 4. Bush is dotting the I with Evans in front of him and only one receiver is split out wide. The eagles have 8 men in the box to defend against the saints heavy formation. Nicks explodes off the ball and creates some space for Reggie to get into and he does the rest exploding by a corner and a safety before they knew what hit them. Saints up three TDs now with less than 10 minutes to play. That’s pretty much all she wrote.

Conclusions
Coach Payton had a solid game plan for this Eagles defense. Brees was prepared and he made all the appropriate presnap adjustments to counter the blitzes. The eagles had no answer for Colston who towered over his defenders. I was impressed with our running game. Our line got a nice push and Evans was impressive again as a lead blocker. On defense, we covered well, we contained Westbrook, and we forced 4 turnovers. What an impressive early season victory on the road! 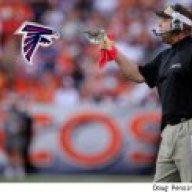 TY. Feel free to add on any plays i may have missed.