Offline
I think of the auburn/LSU game a lot guys and how close the ending turned out to be. 3 yards from scoring that TD and winning the game and maybe having a different season altogether for LSU. As an Auburn fan, I look at the way we played and say we got lucky that we were able to walk out as a winner that day becuase we didnt dominate the game as we should have, would it be fair to say we escaped with a win that day? YEs, we barely got bye Ole Miss, Florida, and South Carolina, in many ways Auburn is the new cardiac cats that bring every game down to the last second and pulling it out barely?

I had to ask you guys that though? Do you ever think about the now classic 2006 Auburn/LSU game that ended 3 yards short? Do you think you could have scored on that last play that Russell threw?

Offline
Don't really think about it, but it definately played a big effect on LSU's season. Honestly that was a very evenly matched game. Both teams defensively, probably played as good as their capable (especially AU).
The thing that stings is some of the calls, but that happens. I'll still never understand the overruling of the PI late in the game (that was one of the worst BS calls and explanations ever). But, that still didn't determine the game.
The biggest play was probably where JR didn't throw the ball away. That 1 play probably cost LSU 15-20 seconds at the end. He throws that one away and we probably win the game. Still, it was just a kid trying to make a play.

It was still one of the best Defensive games that I've seen in a long time.

Offline
I haven't thought about that game since about 3 days after it was over. I try not to dwell on the past, especially losses.

If I spent time thinking about it, it might make my hatred for AU even more intense. 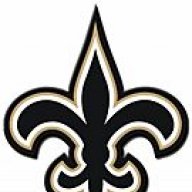 Offline
The LSU call was BS but that is college football.

Offline
what was that saying that mora coined