Do you believe food shortages are coming? (1 Viewer)

Offline
And if so, what are you currently doing to prepare for it? 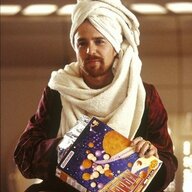 College electives get weirder every day

Offline
Food shortages are coming for those that can’t afford it. Folks with money will be fine.

Rickboy said:
Food shortages are coming for those that can’t afford it. Folks with money will be fine.
Click to expand...

I have a modest proposal

SaintInBucLand said:
And if so, what are you currently doing to prepare for it?
Click to expand...

I moved to Mexico

SaintInBucLand said:
And if so, what are you currently doing to prepare for it?
Click to expand...

No. The US supply will mostly be fine. Specialty items, like baby formula will be problematic here and there. Also, certain products, or things that need certain packaging may be an issue. It's hard for manufacturers to just switch packaging / containers.

We are pretty self-sufficient on food. We only import about 13 - 20% of our food supply. We also export a ton of food items, especially soybeans (which we probably won't eat a lot of). We also subsidize corn or use it for Ethanol, if we had a corn shortage, that would be the first thing to go.

To be honest, there is a lot of bull floating around crying wolf. 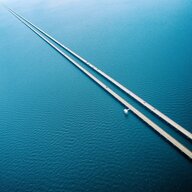 Offline
If a lack of sustenance renders the working class too weak to report to their slave stations each morning, we'll miraculously experience a resurgence and a surplus.

I'm not worried at all.

Offline
I’m not worried about shortages. Prices maybe someone is going to have to show some leadership somewhere in getting the prices of transport down and such, but as far as this country’s ability I have no doubts. Possibly on junk food, and the further items get from the actual ground there may be some problems, but our food issues boil down to transport costs and logistics. Two things that can be solved when it becomes critical that our elected fools actually do something instead of grandstand for votes.
OP
OP

Saint_Ward said:
To be honest, there is a lot of bull floating around crying wolf.
Click to expand...

I'm just going by what Biden has even said.

President Joe Biden said that the world will experience food shortages as a result of Russia’s invasion of Ukraine, and production increases were a subject of discussions at a Group of Seven meeting on Thursday.

“It’s going to be real,” Biden said at a news conference in Brussels. “The price of the sanctions is not just imposed upon Russia. It’s imposed upon an awful lot of countries as well, including European countries and our country as well.”


Ukraine and Russia are both major producers of wheat, in particular, and Kyiv’s government has already warned that the country’s planting and harvest have been severely disrupted by the war.
Click to expand...

SaintInBucLand said:
I'm just going by what Biden has even said.

Is Biden slinging bull and crying wolf?
Click to expand...

Please don't bring in politics here. You could have written that same idea in a very different way to make the same point.

I guess you weren't specific, but you asked what we are doing to prepare for it. Since, the vast majority of 'us' live in the 'USA', the answer is nothing. There is no real threat to the US food supply. Some pricing issues, sure. Some things will be a little harder, but there won't be shortages in the US.

Global food supply? Sure. Some countries, or maybe many countries who have to import most of their food should be worried. Ukraine exports a lot of wheat, so does Russia. Russia is another country that grows more food than it needs and is a net exporter of food. So, if they have lost markets, other countries won't be getting their supply.

we export a little over half of our tonnage of wheat. 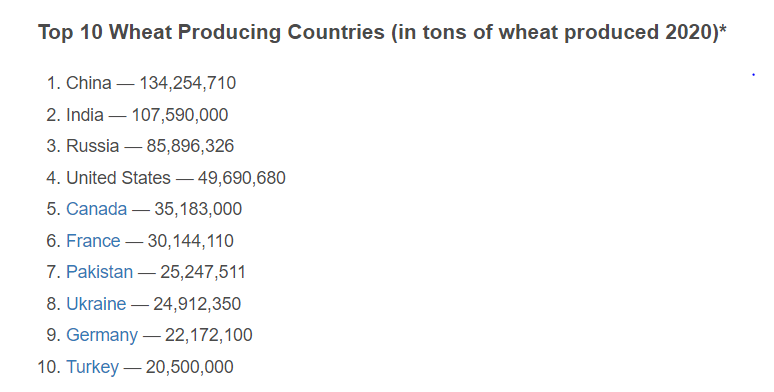 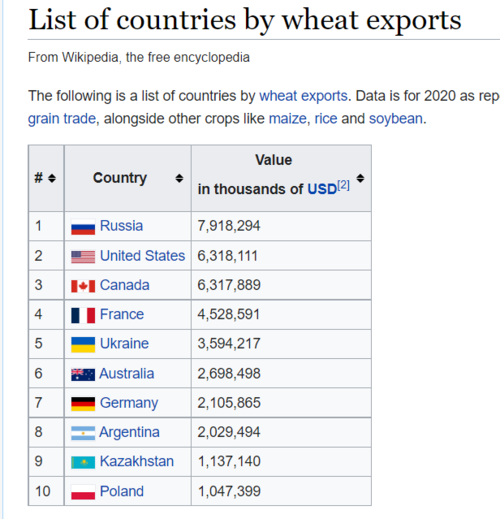 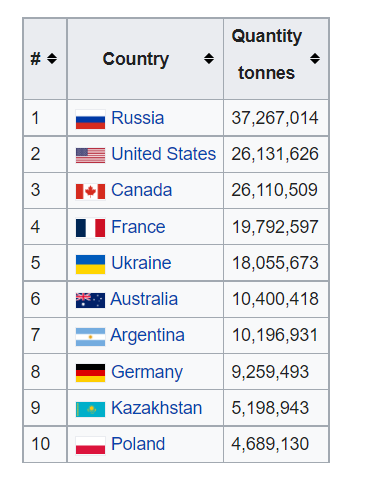 SaintInBucLand said:
I'm just going by what Biden has even said.

Is Biden slinging bull and crying wolf?
Click to expand...

Just so we’re clear, you are referring to food shortages in other countries or the US? Ward was pretty clear in that the US will be fine, but the Biden comment you posted refers to “global”. So which is it here? US or global?

gboudx said:
Just so we’re clear, you are referring to food shortages in other countries or the US? Ward was pretty clear in that the US will be fine, but the Biden comment you posted refers to “global”. So which is it here? US or global?
Click to expand...

Yeah, if he's worried about the kids in Africa (like the commercials), that's a very different thing.

Offline
But, as I’ve said before, there is a whole lot of stored grain in the US and around the world, and a lot of land that if logistics are sorted out and be brought or turned over to production very easily. If it comes fall and there are still great shortages, californias Central Valley could produce an enormous amount of wheat in fields that are generally left fallow at that time. Cornfields for ethanol can be switched to grain fairly easily. Montana had a poor year last year, but plantings are up 5% for this crop year.

Also, demand has fallen so there is less pressure on supply. Also, Russia hasn’t been effected with their growing of wheat, just the export. India, China for example if it came down to it would violate sanctions for wheat I feel pretty certain. While Ukraine is having issues, a large part of Ukraine will be able to plant just fine as most fighting is in the eastern section and Ukraine is doing its best to keep the west as Undisturbed as possible.