Do you view the Caesar Ruiz pick as a need or a want for the Saints? (1 Viewer)

Online
How do you guys view it? I think it was more of a want than anything, but I understand the pick. Overall, I support the decision. 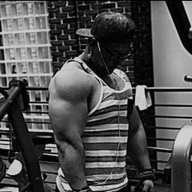 Offline
Need. You ain't paying Warford 7 mill, and therefore, it's a need. Regardless, whether it's a need for this year or next. Hate it, but our interior O-line was a weak point on this offense.

Offline
Interior lineman was a need. Ruiz was a want.

Offline
Need. Warford was bad last year, despite what PFF may say.

If we let him go (or trade him), it will also free up some now money for a potential new deal for one of our young core players.

Offline
I wouldn’t say it was a glaring need, but a need none the less. Vikings destroyed us with inside pressure.

Offline
Need. He can replace Peat when he gets hurt or gets kicked out when Armstead gets hurt. With the potentially abbreviated off-season he doesn't have to start right away, 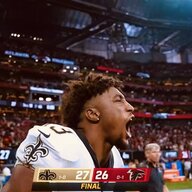 Offline
It’s a teeth grinding need. These guys have not been fresh at the end of the season. We need younger players able to compete at a high level into February.
It’s not forgone that Warford is gone. He might be a backup getting paid 12 million. 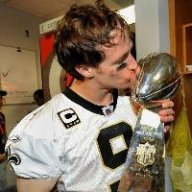 Online
A Huge Need! We kept getting beat on the line last season. Drew became so frustrated in that Vikings game. We are getting younger smarter and better period!
OP
OP

saintmike23 said:
It’s a teeth grinding need. These guys have not been fresh at the end of the season. We need younger players able to compete at a high level into February.
It’s not forgone that Warford is gone. He might be a backup getting paid 12 million.
Click to expand...

They not paying him 12 mill to be a backup.

I agree. Which makes it a win-win-win. Not saying #championship but we gotta protect our biggest asset which is still Drew.

Nashville Saint said:
A Huge Need! We kept getting beat on the line last season. Drew became so frustrated in that Vikings game. We are getting younger smarter and better period!
Click to expand...

It makes sense. Your quarterback is getting older, your O-line should get younger.

Offline
If we are going to rebuild our offence after Drew retires, starting from the OL is huge. I'd say it is a smart move rather than drafting an unknown QB. We can sign a FA QB if we have a strong line.

Offline
It was IMO a smart move that really was a need. This at best was going to be Warfords last year with the salary he is earning and the need next year to sign some of our young stars. The Saints now put themselves in a position that they can jettison Warford via trade or release, relieve themselves of a huge salary hit and most importantly hopefully get better on the OL. Good move, not sexy, but think about what we did with Ram a couple of years ago and how that worked out!

None of you identified it as a need 24 hours ago. Now it's just a bunch of rationalizing. Stop the rationalizing. It was as it was yesterday, not a need. They grabbed the Best Player on their board.

He was BPA. It's a sound strategy. Take BPA and makes changes based off of it that will help the team. We have a stud Center and drafted another. Not ideal, but you can move one to guard and improve the depth of the line or trade a player for another asset. It's called improving the roster in a game where the mythical "need" unicorn changes on a moments notice. Trying to draft based off this unicorn has been proven to be silly time and time again when training camp injuries, retirements, suspensions, constantly changes needs. You dont fill needs...they shift. You fill the roster with better talent and use that talent to obtain more talent. So go get the best players and figure out the rest later. That's what the Saints did.

The Trailblazers once passed on the best basketball player ever because of the stupid excuse that they already had a two guard in Clyde Drexler. They would not chase the stupid need unicorn again if they got the chance.
Last edited: Apr 24, 2020
Show hidden low quality content