Do you want Trump to succeed and to a good job? (1 Viewer) 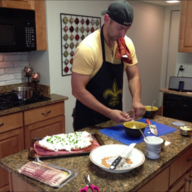 Offline
And if he did a good job would you vote for him in 4 years. I wanted to make a poll but I am on tapatalk plus would like to see everyones response.

Offline
Of course. We all should.
OP

Saints 4 life said:
Of course. We all should.
Click to expand...

Would you vote for him in 4 years if he did.
I'm not sure everyone thinks like you

He'd have to do a pretty outstanding job for me to vote for him in four years.

Krodwhodat said:
Would you vote for him in 4 years if he did.
I'm not sure everyone thinks like you

Yes. I took a chance and voted on him this election, I'd definitely vote for him a second time around if he does well over these next 4 years.

1. Not destroying the world.
2. Lagniappe.

For Trump the bar is fairly low.

I think this is important.

If success is defined as a strong economy, a safe country, better foreign relations, a lack of scandals, improvements to healthcare, infrastructure, and the like, then absolutely I want him to be successful.

If success is defined as a wall, Hillary in prison, 6 conservative Supreme Court justices, isolationism, law and order policing, and deportation squads, then I absolutely don't want him to be successful.

By the way, everything in the top paragraph, we got from Obama. It would be great if Trump decided to grow on those things.

He's going to have to knock it out of the park to get me to vote for him in 4 years, though. Even if he somehow manages to not screw everything up, there will almost certainly be a better alternative available.

Offline
I never want a sitting President to fail.

That said, delivering on some of his anti-minority policies while treading water on the economy and simply not blowing anything up wouldn't be success to me. Still, I'd like to see him surprise on those, avoid destroying our economic future with a huge deficit for a tax break for the wealthy and protectionist policies that knock us out of the global markets.

If we have strong jobs, real growth in middle class wages, a future with stable and open trade, no mass deportations or special ethnic databases or rollbacks on social equality, no huge international bungles, strong connections with our current allies, that's probably most of the way toward success. I'd love for all of that to happen even if there are other differences from what I'd see out of a democrat.

Online
of course
i've even promised to kiss MCG's e-butt if Trump does well
and i'll define it:
- at least keep the moderate economic growth and bolster the middle class
- get rid of the corporatization of education and fix schools by fixing neighborhoods
appoint non-reactionary judges (that's pretty generous of me - you're welcome)
- no more oil wars
- admit that he doesn't know the least thing about climate change and he's going to follow the advice of the 99% of scientists
- do not privatize federal lands
- make the justice dept pursue all crimes even those committed by the police and wall street, and "branding" entrepreneurs
- federal legalization or MJ and gay marriage (not nec in that order)
- reinstate fair voting rights and bipartisan district drawing

he's free to call me if he has any other questions

Online
AT THE SAME TIME
if he doesn't succeed, i don't want Trump voters to just apologize - we'll need some sort of restorative justice

i'll make the concession to have Saint Ward and DaveXA as arbiters, but First Time Poster will be special adviser

Offline
Why would I care who does a good job? Of course I hope he does a good job. I'm just not convinced it's possible if his first steps are any indication of how his term will play out.

Offline
Would I hope the president does a good job? Sure. Do I think he will? Doubtful with who he is surrounding himself with. Would I vote for him in 4 years? He'd have to do a heck of a job

In case you missed it, one of the judges on Trump's short list is actually pretty scary in that regard. Hopefully the others come first and are much better.

In a 2003 legal brief arguing to uphold a Texas law criminalizing consensual LGBT sex, Pryor compared it to &#8220;polygamy, incest, pedophilia, prostitution, and adultery&#8221; and argued that states should be free to prosecute gay people as criminals. He said the rights of LGBT people as a group are not protected by the Constitution.

&#8220;This Court [the Supreme Court] has never recognized a fundamental right to engage in sexual activity outside of monogamous heterosexual marriage, let alone to engage in homosexual sodomy,&#8221; Pryor wrote. &#8220;Such a right would be antithetical to the &#8216;traditional relation of the family&#8217; that is &#8216;as old and as fundamental as our entire civilization.&#8221;

He also said homosexuality was harmful and that Texans needed protection from it.

&#8220;Texas is hardly alone in concluding that homosexual sodomy may have severe physical, emotional, psychological, and spiritual consequences, which do not necessarily attend heterosexual sodomy, and from which Texas&#8217;s citizens need to be protected.&#8221;
Click to expand...

I do in particular like that he goes out of his way to say that hetero bjs or back door action are ok. 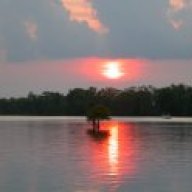 Online
Yes of course. Would for any elected president. Why would anyone wish them to fail?

Krodwhodat said:
And if he did a good job would you vote for him in 4 years. I wanted to make a poll but I am on tapatalk plus would like to see everyones response.

Sent from my iPhone using Tapatalk
Click to expand...

This is kind of an open ended question. What does "succeed" and do a good job entail?

Mine would be:
Depends
Emphatic NO
Show hidden low quality content