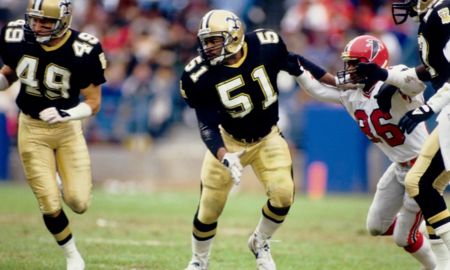 Legendary New Orleans Saints linebacker Sam Mills has reached the semifinal voting stage for the Pro Football Hall of Fame for the third consecutive year. It’s his fourth time as a semifinalist overall. Last year, Mills was a Hall of Fame finalist for the first time.

It will be tough for him to get back in the conversation again this year. Several big-name nominees made the cut for consideration for the class of 2021, including several semifinalists with Louisiana ties: New Orleans natives Peyton Manning, Reggie Wayne and Alen Faneca, as well as former Saints cornerback Eric Allen.

It will be tough for Mills to crack that group, which includes other famous linebackers like Patrick Willis and Zack Thomas. But if Saints fans — and their Carolina Panthers rivals — have their say, Mills should get a bust in Canton. Here’s some of what I wrote in January when Mills was announced as a finalist: ...