I think with the pick up of Rob Ryan, our chances of picking up Banks if he is there have sky rocketed. Sean Payton also has a history of taking CBs in the 1st and said he thinks CB is a position you have to have depth at. Rob Ryan has picked up a 1st round corner with every NFL team he was a DC (Fabian Washington, Michael Huff (DB), Stanford Routt (early 2nd), Joe Haden, Morris Claiborne). Ryan also runs press man coverage alot and Banks is the best press man corner in the draft and one of the biggest play makers out of 2012. He also won the Jim Thorpe Award which is awarded to the best college defensive back. He has some of the top ball skills in this draft and also has great size and speed. He is 6'2, is very long and plays with immense physicality. One of his best traits is how aggressively he attacks the football in the air. We could take him in the 1st and pick up someone like Brandon Jenkins in the 3rd to challenge Galette and Tez for one of the OLB spot.

Johnthan Banks, CB, Mississippi State
Height: 6-2. Weight: 185.
Projected 40 Time: 4.44.
Projected Round (2013): 1.
1/31/13: Banks had initially committed to playin the Senior Bowl, but he pulled out due to injury-related reasons. Banks amassed 63 tackles, four interceptions and seven passes broken up in 2012. He averaged 9.8 yards per punt return. He had an excellent game against Auburn with two interceptions. The picks came in the second quarter and helped the Bulldogs pull away from the Tigers.

In the following weeks, Banks had some great games. He had huge performances against Tennessee and Middle Tennessee State, but he injured his knee in the latter.

That injury has lingered, yet Banks has continued to play. The knee seemed to be slowing him down against Alabama and Texas A&M as he wasn't his normal play-making self. Against the Crimson Tide, Banks was part of two coverage breakdowns for scores. On the first breakdown, he was beaten on a go route by Kenny Bell for a 57-yard touchdown. On the second, Banks was in zone and thought he had linebacker help to the inside, but nobody was there and the tight end came wide open for an easy touchdown toss.

The senior didn't record an interception and had only two passes broken up in the final six games after the knee injury.

9/1/12: Banks has been a three-year contributor for the Bulldogs. Playing in the SEC, he is already experienced and battle-tested entering his senior year. Banks had 33 tackles and four interceptions as a freshman, including two pick-sixs against Tim Tebow in a near upset of a No. 1-ranked Florida team.

It wouldn't be surprising if Banks' numbers decline as a senior since teams will probably avoid throwing at him. He has a nice combination of size, speed and athleticism. Banks may fit best in a zone-based system in the NFL.
Click to expand...

TruSaint said:
I wish but no way he makes it past the Bucs
Click to expand...

I do think it would be hard for him to fall past the Bucs but maybe Schiano could take Teo since they really need a MLB so they can move Foster to OLB.

Offline
I love Desmond trufant and Jordan poyer as well

Offline
love this guy, but really skinny, like xavier rhodes and Milliner better, and maybe trufant

SaintsJunkie said:
love this guy, but really skinny, like xavier rhodes and Milliner better, and maybe trufant
Click to expand...

I don't want us to touch Rhodes, he was decent last season and he had 3 top 10 pass rushers. I don't know why anyone has him going in the 1st.

Sherman is not much bigger than Banks. They are both very physical, longer cbs. Banks also some of the best ball skills in the draft.

Offline
I don't know if he'll get to us.

But I sure wouldn't mind the pick if he did. Especially after watching Robinson, and J.Patrick last season. Greer is coming to the end of his road as well so it would be a move for the future.

Offline
Draftek has got us taking him this week: 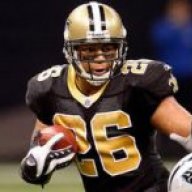 Offline
This guy is highly overrated. Ole Miss burned him all night in the Egg Bowl.

JxnSaint said:
This guy is highly overrated. Ole Miss burned him all night in the Egg Bowl.
Click to expand...

Is there more proof than a single bad game?

JxnSaint said:
This guy is highly overrated. Ole Miss burned him all night in the Egg Bowl.
Click to expand...

Pretty easy to do when he was playing with an injury, but one game doesn't not a career make. 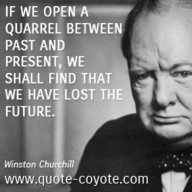 Offline
Awesome , Awesome talent this guy is going to be a shutdown corner in the NFL . I am a Miss State fan and have watched him play a lot he is big fast and one thing I like with Banks is he is physical . A lot of State fans thought he tanked the end of the year and he did get picked on alittle vs Bama especially put he wasn't the same at the end of the year . There is a big BUT in there thought I saw him tweek his knee pretty good the game Prior to Bama and it wasn't talked about very much but it was visible from that point on his Knee was bothering him really bad . I think it shows his toughness to not say anything and just keep playing . He also had a very good corner on the other side of him In Darius Slay so teams couldn't trow away from him and he proved he was a great man coverage guy . Darius Slay is a guy to watch next year he and Banks worked great together .

Eman5805 said:
Is there more proof than a single bad game?
Click to expand...

I'd rather get Dee Milliner.
OP

JxnSaint said:
I'd rather get Dee Milliner.
Click to expand...

Dee Milliner's ball skills are no where near Banks'. Milliner also plays on a D with a bunch of other great players. Also, former Alabama CBs also have yet to impress (Jackson, Arenas, Kirkpatrick). Milliner also is no where near as long as Banks is. Milliner probably won't be there anyway.