Offline
Sticky Post
Take it with a grain of salt

livefromDC said:
I expect better from you. So much better. You should leave this thread and not look back.
Click to expand...

Offline
There was a report during the draft, from Jeff Duncan I think, that the QBs we really liked were Trey Lance and Mac Jones. They also really like J.C. Horn, Patrick Surtain, Sewell, and maybe a couple others that I don't recall. Smith or Waddle?
This is exactly right. Saints had certain players in the draft they liked and graded highly; so, they were not content to sit back and wanted to move up. Lance, Horn, and Surtain were the 3 biggest priorities. But they liked several others and tried to move up to get a quality player. Luckily for them, a guy they valued fell to them.

Offline
I’m glad they didn’t trade next years draft capital to move up this year. 3 ones would be a fleecing for Mac Jones. Maybe they are thinking with the QBs we have it’s a win win. Bad year better draft pick for a QB. Good year and we may already have our next QB.

Offline
if true, we'll forever be connected to Mac Jones now. I'll be watching his career closely in NE for the next 3-4 years hoping he busts 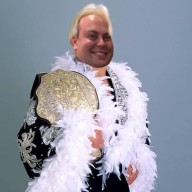 Online
Such BS. That’s Michael Lombardi seeking favor from his daddy in NE. “I swear, everybody will say it didn’t happen but it did!” Sure Mikey...
Show hidden low quality content