.....Burch and Lorcan are defending with Pete Dunne at ringside and Pat McAfee on commentary.

The champs jump Breezango to start as McAfee talks about losing in the Super Bowl to “Drew Brees and his dumb baby.” Breeze manages to catapult Burch into the barricade as we settle down to a regular match.

It’s Breeze getting caught in the wrong corner but managing to block a suplex and drive Burch over for the tag to Fandango....... 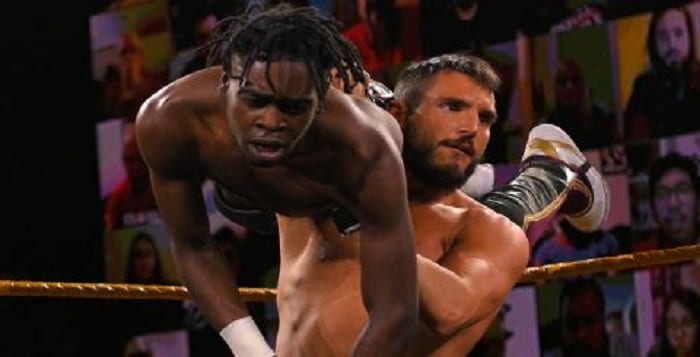 Things are starting to get back to normal after Halloween Havoc and that means we need to start the build for the next Takeover, which has yet to be officially announced. I’m not sure what to expect from the show, but we still have a lot of building to do for whenever the show is taking place...