Drew Brees, and the Saints offense are causing some sleepless nights for Redskins coaches (1 Viewer) 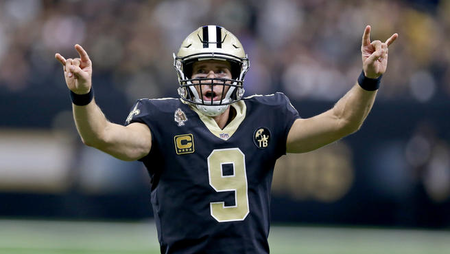 Sometime in the second half next Monday night, Drew Brees will probably break the NFL's all-time passing yardage record.

The legendary quarterback needs to get 201 pass yards to break the record and even an off-game for Brees usually means more than that. Washington head coach Jay Gruden is aware of Brees, and the Saints explosive offense in general.

"They will keep you up," Gruden said, asked if New Orleans is causing the Redskins coaching staff any sleepless nights. (Listen to the full interview on the Redskins Talk podcast below.)

The Saints average more than 34 points-per-game, third in the NFL. Twice this season New Orleans has gone for more than 40 points. The offense is potent.

"They’re great players. It's led by Drew Brees and Sean Payton, an excellent coach and quarterback combo for a long time, very successful. They know how to attack defenses." ...