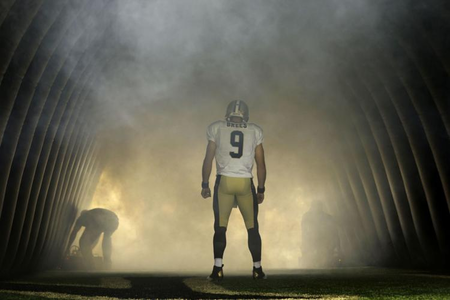 The task probably took a little longer than it would have for most people.

But for Drew Brees, everything has to be done just right.

So Brees meticulously lined up all his shoes just the way he wanted them, looking more like someone setting up a display in a shoe store than a Hall of Fame bound quarterback just cleaning up around his locker.

"Yeah, a little," Brees responded. "Just like to be organized."