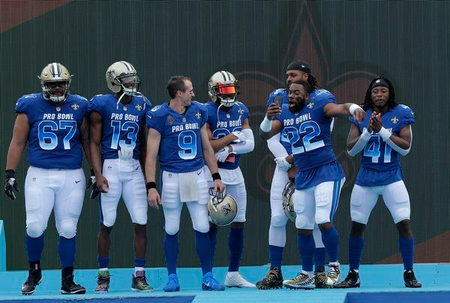 Also selected to the game is center Max Unger, but not as a starter.

The Saints also have nine alternates should other players drop out for injury or other reasons.

The game will be played Jan. 27, the Sunday between the conference championship games and the Super Bowl, at Camping World Stadium in Orlando, Florida.

Players from the two Super Bowl teams will not participate in the Pro Bowl.

The Saints currently hold the No. 1 seed in the NFC playoffs. Of the 10 teams to play in the last five Super Bowls, nine began the playoffs as No. 1 seeds. ...