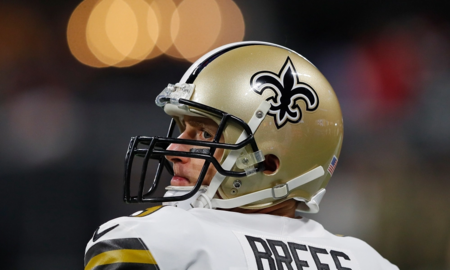 Here’s a tough pill to swallow: New Orleans Saints quarterback Drew Brees was not selected for the NFL’s Most Valuable Player Award, as decided by a 50-voter panel assembled by the Associated Press. The distinction was given to Kansas City Chiefs quarterback Patrick Mahomes.

Per David Ely of NFL.com, that selection was a landslide in favor of Mahomes. He reports that the Chiefs QB received 41 of the 50 votes, with just nine coming in for Brees.

It should not be surprising, given how productive Mahomes was in 2018. The first-year starter tore up the league, assembling a stat line that included 5,097 yards and 50 touchdowns. Brees and Mahomes were widely seen as evenly matched for MVP honors throughout the regular season, until Brees strung together a series of poor performances late in December. ...