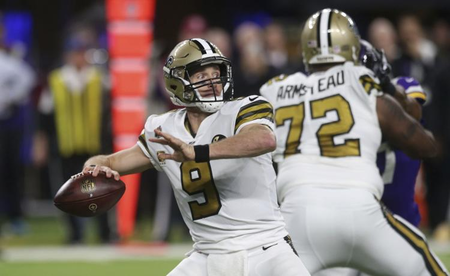 BY KENT YOUNGBLOOD | Special to The Advocate

MINNEAPOLIS — It was, in the end, more a matter of record than it was of, well … record.

Brees dropped back. Almost immediately Vikings defensive lineman Stephen Weatherly was upon him. About to be hit, Brees let it go down the middle toward Michael Thomas. The throw was a little wobbly, a little high, a little off the mark.

And it was Vikings safety Harrison Smith who caught it. And the streak was over.

For Brees, it was his first interception since the NFC Divisional playoffs. Which, you’ll recall came in this same stadium in what the locals call the “Minneapolis Miracle.’’ ...