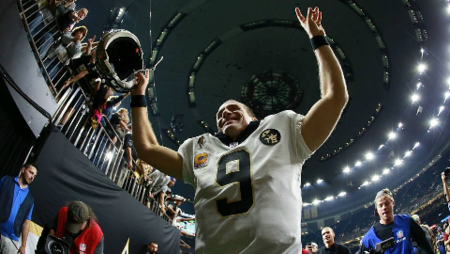 Drew Brees has had a historic season under center with the Saints.

The veteran quarterback has the most career pass completions after moving past Brett Favre's previous mark of 6,300. He also set the all-time NFL record for passing yards.

The milestone (Brees is now at 73,908 passing yards) couldn't have been completed without a talented receiving corps through the years. Brees knows this, and upon breaking the previous record, he decided to give a special gift to the receivers that helped him along the way. Brees sent a customized game ball with every player’s name and the number of passes and yards they contributed to his record-setting career.